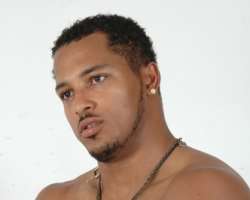 In the first week of June, Ghanaian star Van Vicker collapsed on the set of Award-winning director Afam Okereke while shooting the movie entitled “Get Rich”. In the last scene of the movie, the actor was totally unable to perform a stunt driving a car. The handsome actor, whose popularity has dramatically soared in the past months, is very much in demand and he has been involved in numerous projects. Exhaustion is reportedly the main cause for his health troubles.

After the incident, Van was flown to Ghana for treatment and returned to the set 3 days later. The word within the industry is that the actor is notorious for delaying productions he's involved in by always leaving the sets to pursue personal ventures and not returning on time to work. This attitude has been a major cause of annoyance among producers despite the soaring popularity of the Ghanaian actor.