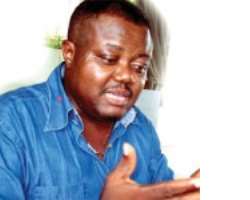 Ejike says nobody has the constitutional right to remove him from power. Is he right?

Nobody can operate in a vacuum.

The association has a registered Board of Trustees, and we, the members are the ones that organised the election that brought him into office. When he assumed office, he decided to rush the drafting of the constitution that he did in his bedroom.

We left him because the election that brought him in was a little bit chaotic. Stakeholders in the industry advised that we should leave him to serve his two-year term, and that is why we allowed him to serve.

Even if you set up 10 committees and the board does not consent to a document, it's not yet a constitution.

Is the board the highest ruling body?

Exactly! The board are the old custodians of the guild. We are the last supreme court. At the end of day, whatever happens with the guild still refers to us. Like now, he took a loan of N15m, without due course to the board. So, we don't even know whether we owe or not.

People are giving him money. He is supposed to report to the board. Even if he says our board is advisory, okay, let us see how you run the guild.

Do you believe that anyone in Nigeria registering to join the guild pays into Ejike's account? The state chairmen are starved of funds. So, these people do not have money to organise the state.

I thought AGN was only in Lagos?

No, we have state chapters. Before Ejike could be president, the state chairmen and delegates voted in Abuja. But now, all the state chapters are crying. They are saying they have never seen a man that lacks leadership qualities; has no interest of the guild at heart; is selfish, and one that believes when he talks nobody else should talk. For goodness sake, AGN is not my property.

I'm just the chairman of the board. AGN is the property of every actor in Nigeria. But when you've decided to seize the whole thing and say everyone is a fool…. All the chairmen are now lobbying.

What happened to all the other elected officers?

You should ask him because all of them ran away. His secretary absconded. In fact, he dealt with the secretary up to the point that he was even beating him physically. Is that how to rule?

The vice presidents should be the one relating with the regions. But he wants to do everything himself.

He goes to state governors and collects money. He goes to different people begging for money. We don't beg. We are artistes. Trusted, we appeal to you to assist us because what we have done in the country is to ensure that employment is created through arts, and we have contributed a lot to the economy. Nollywood is now the second in the world, so they say. Who did this? AGN.

Now no actor is shooting movies anymore and the rating of actors has dropped. Before, we used to have actors that we paid N1m. Now if you get N100,000, you thank God.

In fact they'd beg you for N30,000. Can you believe that? The reason they are still glamorous is because they've diversified into a lot of other things. For instance, Emeka Ike has a school. Someone else has a fashion house and so on. The actors themselves are trying. But for goodness sake, a lot of young people, they collect their money and leave them hanging.

Why did it take you this long to react, if he was to leave office since 2007?

You see, the point is that it didn't take us long. Ajebo, his own vice president, South East, took him to concer, for not handing over to the board after their tenure expired. He refused to conduct an election too. He's his own Mobutu Seseseko.

We, the board did extensive consultation, instead of wading in immediately, so that they don't say we have started. That was on the second term. Ajebo even took the board to court as 1st defendant, the guild; 2nd defendant. The board now agreed with Ajebo that we have been docile and quiet in the interest of peace.

But the man we're giving long rope has decided to keep adding to the rope. So, we have decided to cut the rope! And ever since we appointed Kanayo O. Kanayo and Bimbo Manuel to run the guild for one year, the whole sector is happy. That was on the 16th June.

This is the board's resolution for the appointment. There are five board members. Three attended the meeting and voted Yes.

All members were duly informed about the meeting. In fact, we got a call from Okey Bakassi saying he's in support of what the board is doing.

What if he wants to remain in office?

If he feels his right has been infringed upon, let him go to court.

What about the AGN vehicle he's riding?

The point is that the caretaker committee president will take charge of that property.

It's not his property. He has to handover the property or the gift. How can you get a loan of N15m and rent a three-bedroom flat? Is that done? When the same sum can buy a house.

How do you react to the news that he sold rights to Zimbabweans to market Nigerian movies?

He has criminal tendencies all the while. Now, we are going to vet anybody coming to become president of the association because we have seen that criminals who have disguised their images through acting exist and are coming in to scatter a noble profession.

People with such characters will no longer take over the leadership, and that's why we decided to hand over the guild to Kanayo O. Kanayo and Bimbo Manuel- people who are tested and trusted, so that they can re-organise the guild.

People are saying that the board is power-hungry. If we are power-hungry, we could have taken this power since 2007. But we want things to happen naturally so that by the end of the day, we save these appointments for KOK and Bimbo Manuel and everybody is happy.

And for the Zimbabwean thing, imagine just when we're talking about re-branding Nigeria….. Actors do not have rights over anything like that. Actors get paid and get royalties; that's all, and royalty is what he should have fought for.

He had no right selling the rights of producers. That's saying you are the owners of the films.

That money, he is going to vomit it. EFCC should be interested in this case because it has become a national case since it's between Nigeria and another country. It's an across-border crime.

Why we acted when we did.

It became necessary for the board to act to safeguard the integrity of the guild. This was following report of the legal tender in court at the Federal High Court Lagos before Justice Nima.

Another lawyer brought in by Ejike also stood up and announced appearance for the board. All these were orchestrated to break the rank of the board to thwart the course of justice at the Federal High Court.

Five years in office? What right are you claiming for a year tenure. Even if you had gone for a re-election, the second tenure would have expired. He got in Nicodemusly (you know Nicodemus went by night).

So, he Nicodenusly got an extension for one year. That one year extension has also expired. So, that is the constitution; that is the basis of this present administration.
I have pictures of the inauguration ceremony that took place in June, 2005.

Have the police ever been involved?

It was in court that Ejike himself withdrew the case. I protested that we wanted to see the end of the case and the court actually ordered him into the witness box. And there, he said he wanted to withdraw the case.

The case is at the Igbosere Magistrate Court. We can get the certified true copy. The case was struck out upon his request.

Meanwhile, he brought it to court through Alagbon.

Ejike has presently taken the board of trustees to Special Frauds Unit for impersonation, forgery and obtaining the sum of N250million from state government.

We told the unit to confront us with the persons impersonated, with documents forged, or the companies from which N250 million was got. It's been a long run battle.
Today, I told the police that they are being used to thwart the course of justice because Ejike's been in office since 2005.

They said, wao, that they didn't know, and they are waiting for him to show up on Monday and their first question to him would be, sir, when did you come into office?