Segun Arinze, Sir K, cry out over threat to lives 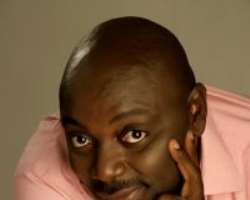 Top filmmaker, Kingsley Eloho Ogoro popularly known as Sir K and famous actor Segun Arinze, are set to drag top hotelier Chief Obodoechina and his Lebanese General Manager, Mr. Hani, to court over an alleged threat to life and assault, over a business deal gone sour. In a petition already submitted to the Nigerian Police and Keyamo Chambers, their lawyers, and entitled: Threat to life and physical assault against chief Emeka O. Obodoechina and Mr. Rony Hani, both of Heritage House Square Hotel, Ajao Estate, Lagos, they accused the men of refusing to pay them after several months of rendering a professional service. Instead, they resorted to physical assault, threat to lives and racist comments. In the words of embittered Sir K and Arinze, the once robust business friendship, which has now broken down irretrievably started on February 10, 2009, when Mr. Hani, a Lebanese and the general manager of the hotel contracted them to package the formal opening of the hotel on Valentine's Day, February 14, 2009.

Movie Stars Battle Hotelier Over N4m Debt and it is here.

While reacting angrily to the above accusations in the morning of Wednesday, June 10, 2009, Mr. Kenneth Mbakwe, the Deputy General Manager of the hotel, said his boss and the general manager neither harassed nor threatened Sir K and Arinze. He also insisted that they did not owe them a dime, maintaining that they should go to the court and seek redress, if they feel offended. “They are even the ones owing us money, we are the aggrieved party and not them.

They fraudulently collected money from us and refused to deliver as promised. We have all the relevant documents to prove to the world that we were cheated and even owed by them in a business deal. Our chairman and hotel are law abiding citizens with the highest regards for the rule of law.” We would definitely reveal more on this crisis currently tearing the erstwhile business partners apart.