What are Kosoko and Ronke Oshodi Oke plotting? 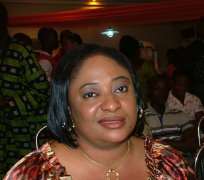 Current president of ANTAP, Prince Jide Kosoko appears to be up to something. He was recently seen at the residence of a former senator, who lives off Admiralty Drive, Lekki Phase 1, Lagos.

Later the same day, another actress of the Yoruba genre, Ronke Oshodi Oke, drove in, in her mini Quest caravan SUV accompanied by a girl.

It was discovered that the Third Republic Senator, who represented Lagos East and a strong supporter of the film industry, especially Yoruba movies, organised the meeting to see how the movie industry would be lifted to a high pedestal.

Kosoko, who came with three other people, later left with a big smile on his face.