Ruggedman to Mode9; you are frustrated 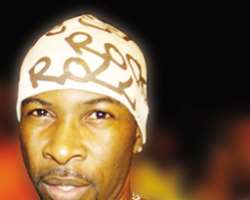 Ruggedman and Mode9
Listen to article

The end may not have been heard of the feud between rap artistes, Ruggedman and Mode 9 as they are still engaged in a battle of supremacy over who is the best Nigerian rap artiste.

Recently, Ruggedman came out smoking with an accusation that Mode9 has nothing to show after releasing four albums while he (Ruggedman) admires his cars every time he steps out of his apartment with a glass of white wine in hand. He went on to say that the attack on him by Mode 9 shows that he is just a frustrated human being.
“MI came out with his first album and bought a car; 9ice came out and he has cars but Mode 9 has had about four albums with nothing to show for it,” he said.

The biff between the two raps artistes has been going on for quite a while has led them to throwing lyrical punches at each other in their respective albums. Trend'tainment will keep you informed the kind of arsenal that would be launched from the Mode 9 camp in days to come.