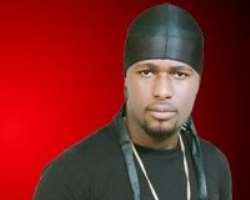 Handsome Naija songster, Soul E who has been riding in some marital crisis between him and his ex wife or is it lover, Queen Ure has now jumped into movie industry like his other colleagues who have tried out their luck in the acting world.

We authoritatively gathered that, Soul E, was contacted by a certain Yoruba busty actress who is hell-bent to feature the handsome Naija most handsome artist.

The meeting between Soul E and this popular actress, we learnt, is fruitful as Soul E was said to have thrown his weight behind the project and he's said to be fully ready to support the lady who is so much in love with his song. Hmnn! Well, we shall unveil the rest of the details to you as event unfolds.