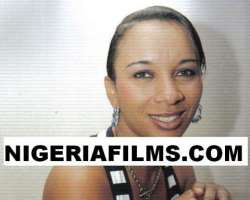 It is no longer news that former beauty queen and Nollywood actress, Ibinabo Fiberessima is out of the Kirikiri Maximum Prisons, where she has been taking refuge following her conviction over the murder of Giwa Suraj, a Lagos-based medical doctor . The fair in complexion lady somehow managed to meet the bail conditions weeks after she was granted bail by the court on April 22. She was released last Tuesday from the prisons, according to sources.

What is now news is the rumour that the arrangement that saw her meeting the bail condition is about to collapse following the threat by one of her sureties to approach the court and ask for his name to be removed as a surety in the bail bond. Gossips have it that the development followed some subtle move by some bad belles who are bent on seeing the ex-beauty queen rot in jail. Their grudge, we heard, had to do with some past deals in which they felt short-changed by Ibinabo.

According to information reaching us fro the tatafos close to the affected parties, some people approached one of the two people who stood surety for Ibinabo and warned him of a plan by the actress to flee town once she is out on bail. They claim she plan to jump ship on the pretext of going for medical treatment. They even recalled how she went underground after her conviction only to surface after she was declared wanted. The bad belles, we heard, urged the Good Samaritan to urgently take steps to save his hard-earn reputation.
Eagle Eyes gathered that Fiberessima's benefactor instantly became worried and started making frantic effort to rescind his earlier decision. But for providence, the bail arrangement would have collapsed before Tuesday. We heard it took the intervention of numerous personalities within and outside the entertainment circuit to allay the fears of the man.

But shortly after Ibinabo regained her freedom, talkatives went to town with another tale that not just one of the two sureties is worried, rather, they say, the two of them met recently to review their involvement in the whole matter, with a view to safeguarding their images. Well, olofofos can continue to speculate, what we know is that like a cow without a tail, God will continue to help embattled Ibinabo to drive away meddlesome flies.