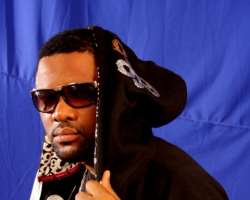 Oluwatosin Anifowoshe, the Ekiti State born Naija most promising act sure has a lot of talents to display. Aside the creative ability he's blessed with graphically of the handsome dude, Side One, as he's fondly called is so another lyricist that is about to blow in Nigeria. His effort has recorded about 10 tracks in a single album tentatively titled One-By-One and it's nothing compare to what the airwaves is bombarded with. Terry G, another sensational artiste produced the song which is due to hit the music shelf before the end of August this year. Let's keep our fingers crossed.