Broadcast rights: That pay stations may play by the rule 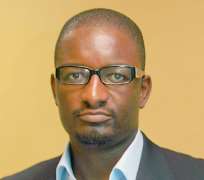 At a workshop on Copyright and Pay Subscription – Broadcasting Rights Acquisition and Infringement, jointly organised last week by the National Broadcasting Commission and Nigerian Copyright Commission, operators and regulators frankly look into the future of the sub-sector

Because they had felt the heavy weight of the regulators' hand in recent times, many of the pay subscription operators went into the hall of Planet One, Maryland, Lagos, venue of the workshop, with a flaming mood. In a corner of their chests was skepticism, the type that usually trails meetings of enforcers and operators. In another corner was bottled-up emotion that they were ready to pour in the face of the leadership of the partnering regulators.

But, as most participants would later find out, inside the operators' bag was also a jar of jealously held ignorance: ignorance of part of the vision that is driving the working of National Broadcasting Commission and the Nigerian Copyright Commission, and, more important, ignorance of major clauses of the broadcast and copyright laws that police the industry. As some of these factors played themselves out right from the opening ceremony of the workshop, therefore, it occurred to an observer that the workshop held on 12 and 13 was coming at an auspicious time, if only to heal the industry of suspicion flu.

Yet, what appeared to be the challenge of the pogramme eventually greatly contributed to its success. The reason is that by the time the various experts invited had dealt with various copyright issues in pay subscription, especially concerning rights acquisition and infringement, the environment in which the practitioners are supposed to be operating became clear to all and sundry.

Among the resource persons at the workshop were the Managing Partner, Chief G.O. Sodipo and Co, Dr. Bankole Sodipo, who spoke on Issues and Dimensions in Pay Subscription Broadcast Piracy in Nigeria; the Acting Head of Prosecution, NCC, Mr. Obi Ezeilo, whose paper was titled Civil and Criminal Infringement Broadcast Rights Under the Nigerian Law; and the Executive Chairman, Optima Media Group, Mr. Rotimi Pedro, who examined Negotiation Franchise in Broadcasting: Exclusivity and Global Best Practices.

In his opening remarks at the programme, where the NBC's Director-General, Mr. Yomi Bolarinwa (an engineer), was represented by M. Abiodun Ogunsote, NCC Diector-General, Mr. Adebambo Adewopo, called the participants' attention to the copyright perspective of the development and management of content in digital broadcasting.

He said, ”In this age of rapid growth in information technology, the broadcast industry plays an important role in national development. The quality and content of broadcast is central to cultural rejuvenation, societal integration, religious harmony, education, peace and security. This justifies the need for government intervention in terms of regulation and establishing sound regulatory regime and regulatory authorities like the NBC and the NCC, to ensure that such cardinal benefits from this vital industry are reserved.”

One of the issues that stirred controversy initially bordered on whether or not the copyright law created criminal liability when it comes to programme piracy. While another operator challenged the legality of the NCC's visiting the premises of a company, one person demanded to know whether the NCC official going for the inspection understands the technicality of the equipment involved.

According to Ezeilo, however, the copyright law, as is especially contained in Section 32, does not only give the commission the power of inspection, it also gives the copyright inspector police power.

”I can assure you that our operatives know the equipment,” Ezeilo said. ”They have gone for necessary training, and such training is a regular practice at NCC.

On whether the law created criminal liability, Sodipo explained that an offender could be criminally liable if he transmits a recorded version of the pirated copy.

Hence, in all, Sodipo enjoined the operators to study the copyright law and challenge any aspect they find autocratic. His charge to the NBC and NCC is that they should diligently and conscietiously enforce regulations guiding pay subscription in the country.

Thereafter, the workshop examined ways to move the sub-sector forward. Among other resolutions, it noted that the broadcast industry was a cost-intensive venture. Therefore, stakeholders should endeavour to comply with the rules, regulations and policies designed to achieve a dynamic, vibrant and responsible broadcasting in Nigeria.

”As Nigeria marches towards the transition from analogue to digital broadcasting on June 17, 2012, the time is ripe to bring into focus regulatory issues in copyright, which are likely to confront operators of the industry in the digital era,” they added. ”Broadcasting organisations have a vital role to play in copyright, since they serve as carriers of copyright works, apart from having their own copyright. It is therefore part of their responsibility to comply with copyright law and regulations governing their operations.”

The participants also noted that ”The current undue emphasis on imported foreign programmes by Pay Television operators is unacceptable, given the negative effects of such contents on the people and the nation. “There is therefore, a need to review the existing local content ratio in the Nigeria Broadcasting Code to make the practice less attractive. At present, Nigeria is expending too much money on the acquisition of foreign sports broadcast rights,” they said.

The stakeholders also want broadcast regulators to ensure that a good percentage of national sporting events are broadcast on terrestrial television to give majority of Nigerian viewers access to the popular content. Even where Pay Television operators are allowed to buy the exclusive right to broadcast such events, they should be made to make some available to their terrestrial counterparts, even if it is on delayed basis.

While they noted resolved that the NBC should be commended for improved local content broadcasts on Nigerian television stations prime time in the past nine months, they urged government agencies performing overlapping regulatory functions to emulate the example of the partnering agencies by coming together occasionally with the stakeholder community for enhanced mutual understanding and higher level of compliance in the overall interest of the nation. They want the NBC and NCC should continue to collaborate to make broadcast piracy less attractive for broadcast operators in the country.

In the spirit of the current bid by government to re-brand Nigeria, however, they want content producers to be empowered with adequate resources and appropriate training to produce programmes that reflect the proper image of the nation.

Also at the workshop were the Managing Director of Multichoice Nigeria, Mr. Joseph Hundah, and some management staff of the company; and a film maker, Dr. Don Pedro Obaseki, who represented DAARSAT.