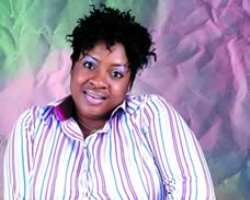 For top-heavy actress, Foluke Daramola, life couldn't have been better than what it is now. She is getting more beautiful; she just finished two major projects, a television serial, Tag Team and a movie that cost her over N4.2 million, Wakati Eda. She is also studying for her master's degree and from the look of things, her dream and aspiration is getting bigger. It is a brand new Foluke.

Truly, many things are on her mind, things like getting sponsorship for her serial, rebranding, the launching of her movie, going for her PhD, taking care of her kids and many other things. But one thing that is far from her mind at the moment is new marriage.

It has been reported of late that the International Relations graduate of the Obafemi Awolowo University is planning a new marriage with one faceless Tolu. But when Showbiz Now met her last Tuesday, she denied such event and tongue-lashed those who peddle unfounded rumours about her.
Talk has it that Foluke, who packed out of her matrimonial home after about four years with two kids, and had remained single for about a year plus is planning another elaborate wedding with a man despite her being yet to be divorced from her hubby, Shobowale.

'It is not true, I am not getting married to anybody and I don't even have any toaster by the name, Tolu. I don't know where they got that from and I don't understand what journalism is turning to. They did not even bother to check from me. You've known me since 2002; I've never changed my line, so why can't they reach me? I've never told anybody I even packed from my husband's house except in this interview. I don't think I'll remarry though I don't want to be definite because I am not God and I don't know if I'll reconcile with my husband. So there is nothing like remarrying.
Foluke, who shot to limelight with her role in Palace, a television soap opera, has been advised by her five year-old daughter not to remarry because of the situation she witnessed while her father and mum were living together.

On reason she packed out of her home
I had to pack out of the house because I was beginning to lose my mind and it was affecting my children. I packed out basically because I did not want my children to grow up in that kind of environment. Sometimes, my daughter would just scream and that is not what I wanted for them. If it were to be only their father and me, maybe I would have endured. But they are beginning to get affected and that is not good enough for them.

New serial
I discover that we are beginning to neglect soaps for movies. I believe we can pass moral messages around in an entertaining manner. It is a serial that has to do on HIV, child abuse, rape, parental care for children, and other things. I directed it alongside some other guys. We have Joke Silva, Taiwo Oduleye, Yemi Solade, Ann Njemanze, Peju Sijuade and others. It is about correcting the ills in the society. It will be on AIT and Silverbird Television. We have 13 episodes ready. We are talking to sponsors for now, and we've spent about N2.5 million.

New movie, Wakati Eda
The movie parades over 20 stars. I took a cue from my boss and colleague, Saheed Balogun by using over 20 stars. Though we have concluded shooting, we are looking at adding a new twist to it by using Mercy Johnson, Sadiq Baba and Stella Damasus. We had over two cameras and shot for about 30 days. It would be launched soon and we are talking to K1 De Ultimate for the show. We are working on premier in Nigeria and beyond.

Watch out for her full-length interview next Sunday.