A UNESCO Report and the Nollywood riddle 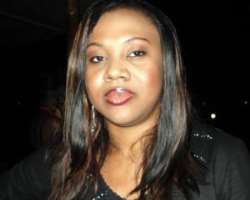 For most of last week the internet circuit was busy. UNESCO had released its findings on Nollywood and most of the industry players were busy reacting to the research findings which were forwarded to a number of people by the matriarch of the Film and Video Industry herself, Mrs. Amaka Igwe.

There was a mixture of self adulation, cynicism, critical self introspection and a tinge of euphoria by some people who thought the industry has done well and others who take everything with a needle of salt.

It was an interesting presentation to follow because once again the primordial argument of the supremacy of the Celluloid over Video reared its head and thus diminish, if not totally overshadow the trend and direction of thought.

One thing easily noticeable was that some of our actors and actresses and other players in the sector were not just splash and dash or even the superficial razzle dazzle but cerebral beings who take themselves more seriously beyond the toothpaste smile of the screen.

And UNESCO must have had a smile. Because more than anything the organization likes people to be able to talk, engage in argument and allow the superior one win. That much was pretty obvious in the research which credited Nigerians for reinventing the art of movie making through alternative technologies that allow people to engage others in animated discourse and even as much provide alternative channels for cultural expression.

Here is an excerpt of the UNESCO Report:
India remains the world's leading film producer but Nigeria is closing the gap after overtaking the United States for second place, according to a global cinema survey conducted by the UNESCO Institute for Statistics (UIS).

According to the survey, Bollywood produced 1,091 feature-length films in 2006 compared to 872 productions (in video format) from Nigeria's film industry, which is commonly referred to as Nollywood. In contrast, the United States produced 485 major films.

“Film and video production are shining examples of how cultural industries – as vehicles of identity, values and meanings – can open the door to dialogue and understanding between peoples, but also to economic growth and development. This conviction underpins the UNESCO Convention on Cultural Diversity” said Koïchiro Matsuura, the Director-General of UNESCO. “And this new data on film and video production provides yet more proof of the need to rethink the place of culture on the international political agenda.”

In particular, the explosive growth of Nollywood attracts considerable attention, especially in developing countries looking for alternatives to the U.S. or European models of film production and distribution, which require considerable investment. To begin with, Nigerian filmmakers rely on video instead of film to reduce production costs. And as the survey points out, Nigeria has virtually no formal cinemas. About 99% of screenings occur in informal settings, such as “home theatre.”

Amaka Igwe, Stella Damasus, Jettah Amata and a host of others hailed this verdict and further used it to commit their future to the industry while others like Ola Balogun and Mahmood Ali-Balogun remain cynical and are asking Nollywood to go the way of the world: go Celluloid.

The two sides occupy a common platform from which some good can come out. On the surface level the Research is absurd and could easily be dismissed. What Nollywood characteristics could one compare to Hollywood? Is it cash? Is it the sheer magnitude of production? Is it technology? Is it manpower? There is really no basis for comparism and same can be said of Indian and other movie developed world.

But look at the reports closely: the power for self expression is a dominant theme. Never, since the coming of Rap Music in the late 70s, has there been such an accomplished vehicle of cultural expression like the type created by Nollywood. This is the reason the world cannot stop talking about Nollywood.

On the second day of SatCom 2009 in Johannesburg, South Africa, which had a session focused on Satellite TV Broadcasting, a number of paper presenters were full of praises for Nollywood. Their assessment was based on the kind of images coming out of Nigeria which serve as a major boost that African countries can indeed tell their own stories and put their images on television. It will solve the content demand coming out of the continent which has always relied on the outside world to tell its stories.

Speaking at another session, Mr. John Nsambu, Minister of ICT in Uganda, told a story that if a politician or church Minister schedules a programme for 7 pm in the evening, that programme would have very scant attendance as most of the people will stay back at home watching Nigerian movies.

Nollywood constitutes the diet of African Magic and supplying four complete and very robust channels to DaarSat and HiTV is making a lot of business projections on the Nigerian film industry.

Nollywood has made a cultural statement across the continent and by extension, the globe. The films have prime time features on most TV stations across the continent. This is why it excites the world and why industry players feel a sense of accomplishment.

Some say the stories could better be told and technology could be put to better use. They are right. In this sense Ola Balogun and those in his group should be allowed their chosen position. Some of the industry practitioners have vacuous ego and have refused to develop their trade beyond the days of Living in Bondage.

There is every reason to build capacity in the sector and it is absurd when human beings bluntly refuse to improve their lives.

However, the argument between Celluloid and Video is a fading one. It is like swearing to remain with monochrome television when High Definition Television is overtaking Digital Television, although the earlier is seen as the high end of Digital TV.

Technology is on the fast lane. Way back in 2006 a young DJ in Finland was already missing music on Mobile phones and hosting big programmes using the same technology. While the argument between Celluloid and Video rages, people are being encouraged to make movies and report news using the Mobile phone technology.

Dramatically on a daily basis new technologies are being introduced and the art of storytelling and cultural expression could well be more pervasive. So, those who stick to one technology could become dodos in a short while.

While these developments are taking place, the combatants have failed to focus on the important issue of an Industry Fund. I have always been of the opinion that the only instrument that can regulate Nollywood is an industry Fund that will be assessable by those who genuinely practice in the industry.

The Nigerian Government has to be involved in this and let such Fund serve as major encouragement to the industry. Such involvement will enable government have a subtle but commanding role in the sector. The Government may just only drop the seed money and encourage corporate bodies to support the process.

Film Fund has worked successfully in South Africa, in the United Kingdom during the last days of Margaret Thatcher in office, in Canada, and the most successful one being France where part of the fund is given to African filmmakers for films whose specifications are given from France.

The Government should encourage the financial sector to work with Nollywood and this is where good book keeping is very important. The Distribution Framework introduced last year by the Film and Video Censors Board was in the main structured to encourage industry practitioners to conduct their businesses in such a way as to attract the attention of financial sector which has continued to plead feeble excuses for its non-committal.

As it is, we grouse when we do not profit, we bellyache when others succeed, and there seems to be that embedded spirit of self immolation which has blinded us against the good in anything.

Nollywood is a good thing and is one great step we have put forward since the early 90s.

From his vantage position, the Country Director of the World Bank, Mr. Onno Ruhl, looked at the various sectors of the country's economy and came to the conclusion that one area that needs the intervention of the institution is Nollywood.

Speaking early March at BOBTV in Abuja, Ruhl informed that the intervention of the World Bank will begin with institutional support to the industry bodies like the Nigerian Film Corporation, the Nigerian Film and Video Censors Board and the Nigerian Copyright Commission.

Without doubt, these bodies need local and international support and the Government should think of ways to accord them more importance because of their relevance in controlling the productive outburst in the movie industry.

There is every reason to be passionate about Nollywood as you can see from Stella Damasus' reaction to a fellow who tried to derail their intellectual engagement on the Internet.

“It really amazes me how people can be so petty and unreasonable. Here we are talking about an industry that has grown bigger than all of us. We were actually engaging in intelligent arguments, only for an irrelevant, practically non-existing, bitter, attention-seeking homo-sapien to come up with all this.

…Anyway, like I always say, when something good is about to happen the 'enemy' finds a way to cause a distraction so that we lose focus on what is ahead. It is unfortunate that some people have deemed it fit to be the instruments of the so-called distraction from the path of progress, “ Damasus said.

Like Damasus pointed out, the industry is getting bigger than those who initiated it. The kind of development and acceptance that have taken place should forbid us to vitiate what has become Nigeria's contribution to the modern world.

This is the time to rally round Nollywood and create bigger and better pictures and images from Nigeria.