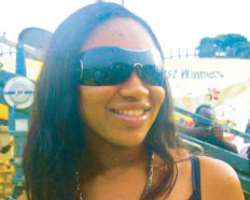 When in March or thereabouts, the National Broadcasting Commission, directed TV stations to show only local content between the hours of 7 and 10 pm, not many could see how the stations were going to be able to pull it off. Before the NBC directive, those hours had seemed like they were reserved for foreign programmes.

It's early days yet and we don't want to look like we're rejoicing too early but I'm happy to report that since April 1 when the NBC regulation took effect, TV stations appear to have fallen into line seemingly effortlessly. A few local soaps have since debuted on TV. The most noticeable change has been on AIT where its Latin American soap has moved to 10 o'clock.

However, as I've said, it's still early days yet. We'll have to watch and wait to see how the rest of the months go on TV. Suffice it to say that there are issues that still need to be tackled.

Nollywood movies have made a big comeback to TV. The challenge in showing some of these films on the prime time belt when there may be under aged viewers is how to pick appropriate films. A few of these films are rated 18. On Tuesday May 5, around 8 pm, Ebube Nwagbo appearing in a film I didn't get its title was shown removing her underwear. In another steamy scene with Emeka Enyiocha, they were having sex with close up shots focusing on their entwined legs. Viewers also see the height of their passion. I can't believe that film was cleared for general viewing. Even at that, someone should be responsible for cross checking the veracity of classification claims and suitability of films.