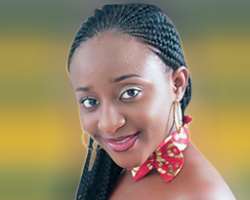 These are not the best of times for stakeholders in the Nigerian home video and film industry. Everybody, from the producers and marketers to actors and actresses, seems to be affected by a glaring dip in the fortunes of the industry.

An indication that the hard times had crept in came when marketers began to grumble aloud about sharp drops in the sales of home video films. Many reasons were advanced for this. Some people believed that it came as a result of diminished interest in most of the films that were released in the market. They said that most of the films had become boring and monotonous and consumers no longer found it necessary to buy them. Others attributed it to the proliferation of films recorded on inferior CDs in the market.

Sources informed http://nollywoodgists.com that the movie marketers reacted by slashing the fees earned by actors and actresses so much that it forced some of them who couldn't endure the humiliation to stay off the screen.

The situation has become so bad, they say, that even notable actors and actresses, such as Ini Edo and Omotola Jalade-Ekeinde, whose faces used to be seen by viewers regularly on the screen, no longer enjoy hundred per cent patronage from filmmakers.

Apart from that, it appears that the marketers and producers alike are now less inclined to hiring some of these popular artistes, whom they have labeled 'overused'. ”They are simply tired of featuring these artistes. What they are doing now is looking for new and younger people that they won't have to pay a lot of money to appear in their films,” a source disclosed.