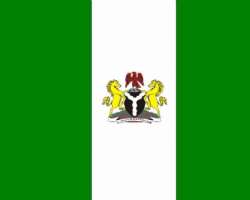 IT is another case of racial discrimination in the United Kingdom (UK), as Nigerian-born Miss Helen Lawal, who won a beauty competition and was crowned Miss York now faces threat to her life for being a black girl.

In a telephone call to the organiser of the beauty contest, Vivienne Lee, a man who named himself as "Mr. Paver" was alleged to have complained about Helen Lawal's participating in the competition and made a series of racial comments about "these people being allowed into the country."

Miss Lee, who is worried about the safety of Miss Lawal who will compete in the Miss England contest in July, has already reported the matter to the North Yorkshire Police, who have commenced investigation of the calls.

According to a report in the Tuesday edition of The Daily Telegraph, the 13-year old Nigerian-born Lawal, who won the competition earlier this month, is the reigning Miss Black Britain. She is a student at Hull York Medical School.

In her report to the police, Lee said: " A man with Yorkshire accent called me to say there shouldn't be a black person representing York and he said he would 'get all of us.'

"He said the winner should have been indigenous to this country and she should not have been eligible for it because she was born in Nigeria.

"He added that I was an absolute disgrace for letting a black girl win. I tried to explain to him the eligibility rules that as long as you have a British passport, you can enter."

The Daily Telegraph informs that although Miss Lawal was born in Nigeria, she went to UK as a toddler and has a British passport. Her father, Mustapha is a surgeon in Africa and her mother Sue, a nurse, is white and lives in Yorkshire. Miss Lawal is a medical student at the Hull York Medical School, based at the University of York.

In a statement, the North Yorkshire Police were quoted to have said " we can confirm that a malicious call involving racist statements was reported to us on Friday, April 17. We take the issue of hate crimes very seriously and will investigate."