The Right Step to Marriage? 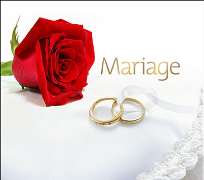 I quit my job! There, I said it. I've committed it to print, so I can't take it back like some coward who's terribly ashamed to talk about her career failures. I know what you might be thinking: "What an idiot quitting a job in the midst of a recession."

It's okay, my father said the same thing. One day, I'll be strong enough to share the details. But today is not that day. Soooo, moving right along... Remember Helen, my friend who went to the shambolic "secret" fashion show? She's back. Actually, she never went anywhere. We argue every Friday evening during TGIF happy hour.

The last significant argument was about the level of honesty needed to succeed at the relationship game. Because, let's face it, it really is a game - a ferocious game that leaves you ecstatic and gratified, or tired and angry, depending on if you win (yaay marriage, yaay!) or if you lose (long lonely nights with double strawberry ice-cream - boo hoo!).

We argued about the level of honesty needed for a successful relationship. I, a first-class graduate from the "it'll-all-come-out-eventually" university argued that full disclosure was integral. Helen disagreed; insisting that lying to him, your friends and even your family was crucial in order to have a rewarding relationship.

It was one of those revolving arguments which, after outlasting four glasses of Mexican sangria, a grilled baby chicken and two chocolate fondants, forced both sides to throw in the towel and -how do you diplomatic folk say it"agree to disagree."

Or, so I thought, until the cheating scum sent me my favourite writer, Sathnam Sanghera's recent article for
the UK times titled: "Why dating Mr. Liar-Liar will really set your pants on fire."

He asserted that "frankness is unsexy, lying is just as harmless as make-up" and "mistruths are important because they prepare you for the sustained deceit that is a necessary element of long-term relationships."
Even worse, he's found damning research that suggests that married couples lie to each other in about 10 per cent of their exchanges." Statements like "no, your bum doesn't look big in that skirt", and "I really love
football, I just love watching it when I'm passed out", are apparently the building blocks of romance. "Et tu, Sathnam?" I gasped in horror.

Unfortunately, when one's most important mortal source of wisdom disagrees with one, it's the ultimate signal to concede and find another irrelevant topic to argue about.

So I was ready to acknowledge defeat until I called her and detected the mockery in her "hello"; the triumphant undertone that told me that I couldn't let the dark side win. What would the world think? So, like a sore loser, I asked for a rematch.

An actions speak louder than words battle. A live fracas that would take the form of two different dates with the same guy one where she's wound up like a neoclassical Barbie doll, and another where she bares all.

At first I suggested I be the one to go on the dates, but she scoffed at that idea, insisting I would never be able to commit to two dates with someone we were using for an experiment. She was right, and if I'm being honest, she was probably easier for date bait than I was.

Helen is stunning. She's one of those girls who only has to smile to attract dates. Finding a man she wouldn't want to stab in the eye because he suggested she get married before she passes her "sell-by" date was probably easier.

She already had a victim lined up. Someone she'd met at First Fridays Lagos, a professional networking event. She went on the "honest" date last Sunday. I chose her outfit - a pair of skinny jeans with a vintage chiffon blouse and spectacles. She later told me that during the date, she'd discussed the extent of her lethargy and her current obsession with planning her upcoming wedding (groom still pending).

In my estimation, it was a success. Helen doesn't think so especially after said date didn't object when, as a test, she nearly cancelled the second date. She'll be going on the "dishonest" date soon - if the printing of this article is scheduled, as it should be, it was your yesterday.

If anyone saw a lady with two layers of face pancake, long flowing Brazilian locks, a black body constricting dress, and immaculate nails, saying she's a fantastic cook and complimenting a man's strong teeth, then that'll have been her. Wooden lady Pinocchio, lying through her teeth.

I reckon I have a good chance of winning the bet. If I win, I'll tell you about it. It should be determined in about
a week when he says: "I love you with your glasses on", to which she'll reply: "I love that you love them", because she's the lying kind.

If, however, he tells her that they connected far deeper on the second date, then that's a sign that I've lost the bet, in which case, this article never happened. Because no matter what the evidence says, I simply cannot embrace that I have to lie to succeed in a relationship.

It would be like accepting Victoria Beckham's pout, the return of the ripped jeans trend, or the persistent prevalence of American accents on Nigerian radio stations. No can do!