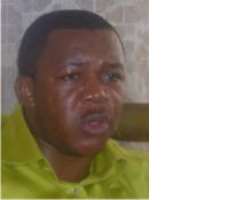 The Interim Chairman of the Abuja Chapter of the Actors Guild of Nigeria (AGN), Mr Francis Duru, has said that as long as he remains the boss, he would rid the Guild off unwholesome activities which have characterised the guild since its existence.

Duru, who said this recently in an interview with http://nollywoodgists.com, explained that "AGN in Abuja is much better now than the rubbish which it used to be. It's been slow, but I think all is well because what I have been trying to do is to sort out ways of running the Guild before the supposed election."

"When you see a Guild that is being run like a social club, where people disrespect professionals and where they see it as means of making money and flexing of muscles, then all is not well," he said.

Peoples Daily gathered that the Guild, which uses the Arts and Craft Village as its office has the interim chairman and a secretary as its principal officers, but Duru, said that the Guild remains the billboard of the industry.

Speaking further Duru said: "If you don't know what is required of you as an actor, you cannot say you belong to a guild. If you do not know who the actor is, you won't say you understand what the guild is all about. But we have had situations where people just do things the way they want, the way they feel, using it to extort, manipulate and manoeuvre others.

"But I am saying no, there has to be a change, and that is why in this interim administration, we want to provide leadership that can be trusted with any issue concerning the industry. We are the closest guild to the government and our desire is to make sure that we work hand-in-hand with the Nigeria Police Force (NPF), so that if we want to do anything with them like, using fire arms and others, we can gain access.

"Even the Nigerian Customs and the Central Bank, if you want to shoot with CBN you tell us and we discuss with them, that's all. There are people who believe that you cannot shoot in Abuja, it is wrong. The thing is, how do you go about it? The job of the guild is to protect the interest of the actors and actresses. Have you been maltreated in anyway, what is the welfare condition or situation like when you are shooting, is somebody trying to take undue advantage, have you become voiceless somewhere because somebody is trying to manipulate you? If you find yourself in any of these situations, you call the guild and we are there to rescue the situation, because you are our member. The job of the guild is capacity building towards making you become a true professional."

He said his administration cannot coax any producer into doing something outside its moral guidelines.

"If a job comes, as the interim chairman of AGN, and I have a relationship with the producer, I can liaise with the him to fix members of the guild in his production, but I cannot force a him to offer jobs just like I cannot stop him from doing his job because he did not use somebody from my guild," he said.

Duru, who is in his seventh month as the interim chairman, said though the job has not been easy, he has so far, recorded some successes, which, he said, include having to destroy the thinking of old, and consequently embarking on a new orientation, and making the people understand the power of the intellect as the pivot on which the guild stands, and having to inculcate the right professional mentality.

"We are now getting people who never wanted to associate themselves with the Guild because of what it used to be. They are coming back because there is a level of newness, and we are also trying to inculcate interpersonal discipline among members," said Duru.

The eccentric Nollywood star noted that since there was no money in the purse of the guild, the need for proper documentation of any transaction carried out in its name was necessary. "Right now, any payment you want to make to the Guild has to be through the bank. All we are waiting for now is the expansion of the Guild by the National president," he added.