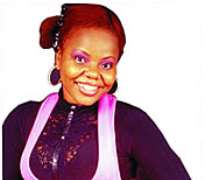 Binta Ayo Mogaji and Aisat Kafidipe return with a legal movie titled, Awoye. Awoye is the story of a respected judge, Bogunjoko, who commits a murder and he is to be brought to judgment by a guy, Jimmy, who this judge had once sentenced to prison over an offence committed by Bolaji, the son of this judge when Bolaji, Jimmy and some other friends of theirs were still in the university.

The scenario costs Bolaji his life while Bogunjoko is set free.

Mogaji, popularly known as Igbanladogi informed that the movie addresses cultism, wrong peer influence and campus co-habitation. “This is a story that addresses cultism and curtailment, peer pressure, abortion and co-habitation on campus with their aftermath and I strongly believe Awoye will help re-brand our noble country”, she added.

Awoye is written and produced by Seyi Akanbi, coordinated by Khabirat Kafidipe and directed by Taiwo Oduala and Bayo Alawiye. The movie features Tola Oladokun, Kola Oni, Aisat Kafidipe, Ayo Mogaji, Tokunbo Latona, Taiwo Ibikunle, Itu Baroka and many others and will be premiere at the University of Ibadan on 14th June, 2009.