My Best Is Yet To Come-----Funke Akindele 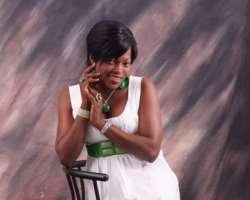 Despite emerging as Africa's best actress at the recently staged African Movie Academy Awards (AMAA) in Bayelsa State, highflying actress, Funke Akindele, has said that her best is yet to come.

In a telephone chat with http://nollywoodgists.com, Akindele, who was in Ghana when crowned as the new queen of African movies, said she has not reached the peak of her career as many people presume.

“Although I feel highly elated having emerged as the best actress in Africa, my best is yet to come,” she stated, adding that she still has a long way to go as far as film making is concerned.

Akindele, whose monstrous character in the hit flick, Jenifa, earned her the nickname, Sulia Ken, declared that she is only fulfilled as the first Yoruba actress to have won the AMAA title.

“This is a turning point in my career and I'm so proud of it,” she concluded.