Can you grab your man’s organ when fighting? 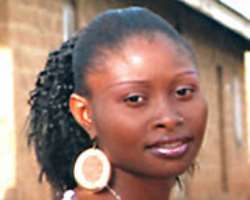 No two human beings are the same and that is why children who are born by the same parents do not behave in the same way and manner. Even twins who were born on the same day, by the same mother, even if they are identical, can never behave in exactly the same way.

The reason for this lies in the fact that God, the creator of heaven and earth, has made each one to be unique in different ways and that is why He gave each of us different abilities and gifts.

In relationships, because men and women are different in their physiological and psychological make ups coupled with the fact that they are from different backgrounds, there will always be conflicting interests.

When this happens,it is the level of maturity of the couple that will determine whether the conflict will result into a lover's tiff or a full fledged war which might lead to a physical combat, leaving one or both couple injured.

Sometimes, when fighting, one of the couple may hit on the private part of the person thereby causing him great pains. This was exactly what Kehinde did to her boyfriend, Kunle recently.

Kunle was coming back from work that Monday afternoon when he saw his sweetheart, Kehinde discussing with another guy in front of their apartment. When he got to where the duo were standing, Kehinde greeted him and continued with the discussion.

Kunle entered the apartment and waited for Kenny, as he fondly calls her, to join him and welcome him home properly but rather than do that,she stayed where she was.After some time,Kunle came out, saw Kenny still chatting with the guy and pounced on her.Before anyone could say Jack Robbins, Kunle had given Kenny a black eye. In retaliation, Kenny grabbed Kunle's organ.

Kunle screamed out in agony but Kenny did not let go. It took the intervention of neighbours to save the loverboy from being castrated by his girlfriend.

Despite the fact that it was Kunle who started the fight, many people condemned Kenny's act. They were of the opinion that a 'responsible lady' should never engage in such a dastard act of manhandling her partner.