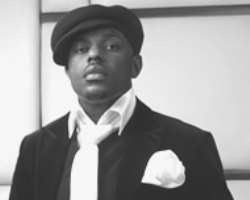 Despite the efforts of the National Film and Video Censors Board(NFVCB), the Nigerian Copyright Commission(NCC) and that of various stakeholders in the home video... industry, the menace of piracy had not only persisted but has taken an entirely new dimension. Today, the newest form of home video fraud is the recording and sale of the Yoruba versions of popular chinese and indian films which many Nigerians have unfortunately given the warmest embrace so far. YEMISI ADENIRAN unfolds the pains of this development from the angle of producer and marketers, actors and actressess. Its effect on the Nigerian image especially and the role of the National Film and Video Censors Board (NFVCB) and the Nigerian Copyright Commission (NCC) in rescuing the ugly situation.

Sometimes ago, movie star budding philanthropist, James Ikechukwu a. k. a. Jim Iyke in an interview tried to give a countdown of his blessings via his acting career. He recalled making a huge success from One dollar, a movie he made not so far a time. According to him, the film not only sold very well in Nigeria but also in New York where about N250,000 of its copies sold. That explains how popular and accepted the film was.

Unfortunately, he soon discovered they were pirated copies, although in a most embarrassing and funny way. “I went for a tour in Minnesota and some guy gave me a Rolex wristwatch. I asked what I did to deserve the gift and this dude had the audacity to tell me to my face that he alone produced over 50,000 copies of my tape. And this was his way of giving back to me. I was torn between slapping him and accepting the gift. I accepted the gift. Why would I slap him? How many will you slap?” he queried. While investigations have revealed series of exploits made on different artistes by these exploiters one time or the other, their stories definitely depict varied pains.

For artistes, film marketers and producers, the saying that he who plays the piper, dictates the tune does not work. It has been a story of monkey dey work, baboon dey chop. It was that bad.

While a lot of them worked tooth and nail to come up with interesting and marketable movies, the pirates like wolves, are just ready to grab devour and take-over their intellectual property.