I Am One Woman Who Knows Her Onions - Ireti Doyle 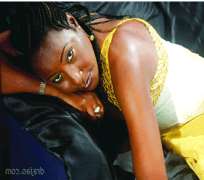 Ondo State-born Iretiola Doyle is an actress, television producer, presenter, writer, wife and mother. The very versatile lady spoke with ADIA UKOYEN in Lagos on how she juggles being all of these and the secret to the success she has recorded so far.

How did it all begin?
It began in 1995 when I first got paid to act. Before then, I had taken part in school plays while in the secondary school. The first acting job was a part in a soap opera called Riddles and Hopes. It was quite popular because it was aired for quite a while. When I got back from Jos to Lagos, I told a friend I wanted to act and he took me to Whitewood, a production company. I auditioned for a soap that was about to start and that was how I landed my first role as a professional actress.

Despite the solid training, you have not fared as well as some other actresses, while excelling in other fields which are not your major. Why do you think this is so?
It could be quite frustrating knowing that you have an abundance of talent and this talent does not seem to be working for you, so to speak. I guess the element of good luck plays a major role in how a person fares in a competitive field such as ours. Many of our celebrated actors and actresses are not necessarily the best in the industry. This is my personal opinion.

What do you love most about being an actress?
Acting is my passion, so I love everything about acting. It is not necessarily for the money but for the love of it.

What is the flip side of being an actress?
My privacy is no longer totally mine but I am not complaining. Publicity and the job that I do are a pair. The fact that I have decided within myself to get up on stage or put myself in a video or in the theatre, which are open to the public means I have agreed to put myself out there. So, I'm open to my fans. I appreciate them, they give meaning to what I do, but at the same time, I also crave privacy. I will always want my private life to be private and since I have been navigating this industry, I have been lucky –lucky in the sense that the part that I decided to share with the public has not been abused.

What determines the roles you accept to play?
I accept the roles that come my way. When I set out to become an actress, I didn't say to myself that I would play this role and reject another. The roles have not been as many as they should have been. And for this reason, I am one actress that has come to be known for quality acting over quantity. But if the roles had poured in, maybe I would have accepted all so that I could make a whole load of money.

Are you picky when it comes to roles?
No, I didn't come into the industry saying that I'm going to be picky about the roles that I take. If all roles come my way, between you and me, I would have taken every role and made a bundle of money and so on, but they didn't. So, because of the way my career has gone over the past few years, I'm one of the few actresses that have become synonymous with quality as opposed to quantity. When I say small, I mean small if you are going to compare it to the number of films the average actress does in Nigeria. There are people that have a hundred films to their credit.

Tell us about the presenter and producer part of you?
After my training as a broadcaster and television producer, I began to produce my own show in 2000. My first production is the fashion show called Oge. As a broadcaster, I have presented all kinds of show on TV. It is an award winning programme, as the best fashion show on television. It has been on for nine years; it has a life of its own. I can actually walk away from the show and give it to a younger person to present and it will still be strong. Apart from the Oge show, I am a co-presenter on Today on STV because I know I have what it takes to present the programme. I could have chosen to present it alone but it's good to share power sometimes. I also write scripts; I have written a few film scripts that have been produced.

Your husband and you work together,how comfortable is that working relationship?
What are you doing in a marriage with someone you cannot relate with or whom you don't share the same value with, it is a recipe for disaster. You must marry someone whom you share the same value with, respect, understands what you are, who you are and the way you are. Marriage is a partnership. And if marriage is a partnership, the business of making money is also a partnership. And if your partner is in the same profession as yourself, does it not mean that both of you can do business and make a success of it? We are partners in all things, that is why we work together and the relationship is solid.

What is your philosophy of life?
Do not take anything for granted –absolutely nothing– not that groundnut seller that says hello to you down the street. I have also learnt not to be snobbish no matter what.

What is the secret behind your success in the entertainment industry?
I have been trained very well and I have learnt how not to make many mistakes on the job. I have a first degree in Theatre Arts from the University of Jos and a Diploma in Mass Communication from the same school. When I started out, I didn't see myself as a TV personality. So, it's God. I have since come to the realisation that my entire career has been governed by God and to some extent, diligence on my own part. My success in the entertainment industry I ascribe to God because if you had asked me to draw all these years and write out the template for my life, I would have won my Oscar by now. All my successes would have been in acting.

What are some of the challenges on the job?
I wish I could be paid a whole lot more. But I thank God for the much that I earn currently and really would like to see the situation where Nollywood creates tougher roles for the females. I don't like the way women are portrayed. I am one woman who knows her onions and it is because I am well- trained, not because I am a witch, a bitch, a killer or a prostitute. If you find a successful female character, she is successful because she connived, killed, or played the role of a prostitute. I like to see stronger female characters whose choices and successes within the setting of the film don't depend on a man. I would like to see a female character that is consistently strong and successful just because she is hardworking, diligent and smart.

What was the attraction for your husband?
His mind. I have learnt so much from him. He has a very rich mind. He is romantic in his own way and a good man. He treats me right. I'm in no doubt that my husband loves me. He gives me absolute love. I have no doubt about his feelings for me. My husband is not bossy about anything. He likes everybody to be happy; he likes to see things working right and done properly. Generally, he is an easy-going person.

How do you cope?
Luckily, I have a good support system in place.

As a role model for many young ladies, what word of advice do you have for them?
Be yourself. There is no need to be someone you are not and cannot be. Get a good education. Make sure you are well- spoken. Being perceived as knowledgeable has to be action. Put in all the hardwork you can and take things easy.