RMD, Desmond Elliot give hope to the hopeless 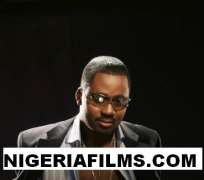 Celebrated actors, Richard Mofe-Damijo, RMD, now Hon. Commissioner of Culture & Entertainment in Delta State and Desmond Elliot, have joined a list of entertainers prosecuting the Music for Food Justice, an anti-hunger campaign being championed by Action Aid Nigeria.
According to a statement signed by Action Aids' Communication Manager, Tunde Aremu, the Nollywood stars will compare the event that will parade popular musicians such as 9ice, Hausa music star, Sani Danja and Styl-Plus.

The statement adds that Bright Chimezie of the Ziggima fame and self-styled “Duke of African Music, who has since the early 1980s kept alive the unique Igbo brand of highlife, will lead the older generation on the bill, while the event will also be spiced with performances by comedians Youngest Old Man, Fred Bright and Wahala. The event will also showcase upcoming acts, like Charles Igbinigun (aka Big Don), who emerged the winner of the contest for the lyrics for the theme song for this event. A school leaver based in Benin City, Charles, fondly called Charlly Parker by friends, will perform the theme song, ”National Pain” with Action Aid Nigeria 's in-house group. Katung Musa Aduwak, Winner of the popular TV reality show, Big Brother Nigeria, are and the Most Beautiful Girl in Nigeria for 2008, Adaeze Igwe, are also on the list.”

The event is a prelude to the launch of a N1 billion fund by Action Aid Nigeria, an affiliate of the global anti-poverty organisation, towards the development, conception and implementation of a Food Rights programme to complement its existing programmes.