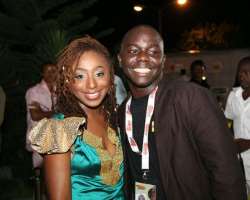 Eleven years before the Hip Hop World Awards, Ayo Animashaun was the publisher of Hip Hop World magazine. Animashaun, chief executive of the HHWA, talks to X2 about his experiences and all the things that make the awards tick.

Q: What inspired you to begin the Hip Hop World awards in 2006?

A: I realised that there was a need to reward talents in Nigeria. I thought to organise befitting music awards which will celebrate Nigeria and the many talents we have.

Q: The fourth edition of the awards holds in May in Abuja. Are you satisfied with response and past editions held?

A: I am still not satisfied, although I get commendations about previous awards. I feel we can do better with better patronage and sponsors.

Q: Some may doubt the credibility of the awards and judges. What is your response?

A: I disagree totally, especially because such people do not understand music or the criteria used in the selection of winners or nominees.

Q: Who are the judges just so people know how credible they are?

A: We decided not to make that public because a lot of artistes may want to lobby them, but when we decide to, we will make it public.

I can tell you that the judges comprise of writers, disc jockeys, as well as industry people who are not really in direct contact with the artistes.

Q: Quite a number of up-coming artistes got nominations this year, an improvement on previous editions. What is your take on that?

A: All up-coming acts have always got awards from the Hip Hop World Awards because we have categories for them.

Last year, MI had only one single and he got nominated at this when he was up-coming and no one really knew him. Banky W also didn't have an album but he is big now. Same for Wande Coal. When Ego won the best vocal performance for 'Never Far Away' with Lagbaja, she had no album.

It is your performance on a particular song that actually matters. What we look out for is how best you deliver in a particular track or album and not whether you have an album or not.

Q: Etcetera, a rock singer, was nominated alongside R&B artistes in the Best Male Vocalist category. Any reasons for that?

A: It doesn't really matter whether you sing rock or R&B as long as you deliver your vocals well. I have seen and also been a part of awards all around the world and they can't stand toe to toe in terms of credibility.

Unfortunately, in Nigeria, once somebody starts something people just try to run it down--that is why we don't grow in this country. No other award can stand or match us in terms of quality, organisation, judges and nomination process.