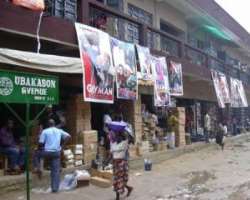 A structured distribution network will put Nigerian filmmakers out of financial misery.

Mrs. Subair said that contrary to claims by artists and film producers, the absence of a structured distribution and marketing network, and not piracy, is what has been retarding the growth of the Nigerian motion picture industry.

Mrs. Subair said that unlike Nollywood, stakeholders in Hollywood and Bollywood are able to market their products globally because they have a structured distribution network that reduces incidences of piracy. She stated that pirates cash in when few copies of a film are released.

Managing Director, Genesis Deluxe Cinemas, Kene Mkparu, said the workshop was an eye-opener that will stress the importance of reviving Nigeria's cinema culture.

In an earlier welcome address, Managing Director of the film corporation, Afolabi Adesanya, said that government, through the corporation, will continue to partner private initiatives aimed at providing an enabling environment for genuine investors in the movie sector.