Why I'm moving back home - Justina 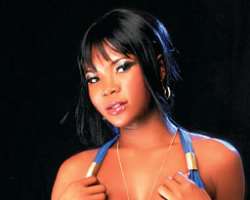 She's been rocking TV playlists with her debut video Omo2Sexy. Now, first runner-up at Nokia First Chance, Justina Ogunlolu is back. Back home from her base in Switzerland.

And she has told e-Punch that if things work out well, she might just be staying back for good.

The singer confessed during an interview early this week that she's keen on joining the league of returnee acts; and that she's humbled by the acceptance her music has receive thus far.

''I'm definitely moving back to Nigeria'', she said. ''I was afraid initially. But the response to my music has been great; very encouraging for someone like me who didn't understand the way things are done here. I wasn't sure of my chances. But now, I think I'm ready to take the bold step."

Justina was based in Zurich, Switzerland; and was holidaying in Nigeria in 2007 when she heard of Nokia First Chance. ''I thought it was a good opportunity, so I auditioned for it," she told us.

Although she claims the organisers have not fulfilled their obligations to her as first runner-up, she admits the competition gave her the required exposure.

''I wasn't known here, even though I had been performing in Zurich for over four years. I have a live band called United Nations," she explained.

Her full album, titled Oju Mi is expected to be released next quarter.