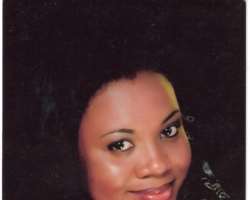 Nollywood actress, Stella Damasus-Nzeribe, Olusola Idowu a.k.a. Weird MC and Foluke Daramola Sobowale, Suzanne Harvey and other entertainers have commenced a programme geared towards ending violence against women in the society.

The entertainers under the auspices of Project Alert, a non-Government Organisation, called on media organisations, individuals, government and the law enforcement agencies to support them in putting an end to harassment and violence against the women folk.

Speaking with http://nollywoodgists.com during a courtesy visit , the Chief Executive Officer of the NGO, Mrs. Josephine Effah-Chukwuma, said it is high time women took the bull by the horn in kicking against victimisation, sexual harassment, discrimination and other vices against them.

“There have been discussions about this subject matter but there was no action on it. So, we at Project Alert felt that it is high time we tackled these negative vices without looking back.”

Stella Damasus said apart from being a woman, any sane person in the society should know that rape is a criminal offence and a sin against God.

“Any man that rapes or assaults a woman does so as a result of low self esteem. I have two daughters and I'm not praying that they fall victims of rape. So, if men who engage in these acts consider the fact that they have mothers, sisters and daughters, they should have a rethink.”

According to Foluke Daramola, “Being a role model to my fans has been one of my major targets. However, impacting positively through Project Alert gives me so much joy. When I started my showbiz career, one of my targets was to get to the top and become a role model. Besides, without these people, we cannot be who we are. So, participating in a project like this is like giving back to the society what I have gained from it.”

She explained that it is actually why she is happy to be associated with it.

“It is not all about talking, but this is time to act fast and we actually need the support of other Nigerians including the press,” she said.

Project Alert was founded in 1999 and its aims are to provide information on various forms of violence against women and to render practical support to women and girls who are abused.

“Our vision is a society where there is zero tolerance to all forms of violence against women and young girls,” Mrs. Effah-Chukwuma stated.