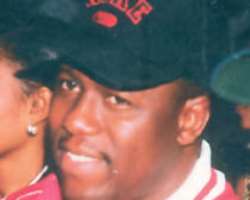 One of Nigeria's top showbiz presenters, Mr. Kenny Ogungbe of Primetime Entertainment, the parent body of Kennis Music and Primetime Africa, last night had his house gutted by fire for the second time in less then two years. The bungalow located on Joy Street in Ajao Estate had its Boys Quarters affected by the fire.

As at 9pm last night, details were sketchy as to the cause of the fire. Partners and friends of the Ogungbes were seen around the premises.

Sometimes in 2007, he suffered a similar fate when a portion of his house was engulfed in fire.

All efforts to reach Ogungbe on phone proved abortive but it was gathered that no life was lost in the incident.