MY AFFAIR WITH JIM IYKE, ACTRESS, PAT MOMOH, OPENS UP 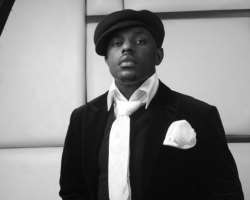 Pat, who started with stage shows in school before her admission into the Ambrose Alli University to study Geography and Regional Planning, has described Jim Iyke as the only actor she has a soft spot for.

According to the Edo State-born actress, as Juliet on set, Jim will always be her Romeo.

“Without thinking, Jim Iyke will be my Romeo on set any time, any day. I think he is natural, real, his acting is okay and he's got very good dentition,” Momoh stated.

However, she is not an actress that is ready to take up just any role because of money. According to Momoh, her name and integrity are more important than the money any filmmaker can pay.

Laying more emphasis on love scenes, she said “I won't do the daring part. I have a child who is looking up to me. I won't do a film that will make him hate his mother.”

http://nollywoodgists.com learnt that the actress has been promoting the other side of her talent, which is music.

“It's a whole different idea, different concept. You will get to appreciate my music more when you see it on video because it's always portraying a storyline; you will see the rhythm and line of the video telling a particular story,” she said.

Speaking on indecent dressing in the showbiz industry, Pat noted that “as long as people are comfortable in what they are wearing, I don't think it is indecent.

“But I realized that a lot of girls are not really comfortable in what they wear. They do it simply because it's in vogue.”