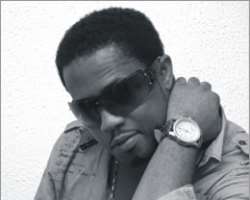 Bollywood is almost as famous as Hollywood now but since when did the Africans make movies?

Which is why Nollywood is such a pleasant surprise.

Nigeria's film industry is now worth an estimated $250 million a year and the advent of cheap digital video cameras mean that film-making is suddenly within the reach of even the artists in a poor country. Nollywood is a grassroots, organic hub for movies made in Africa, seen in Africa and financed in Africa.

Movies can be shot for under $10,000 and can be made in a week. Sure, acting, directing and scenography is often pretty unsophisticated, sometimes plain embarrassing for a Western viewer but the rapidly growing African audience couldn't care less. Just as in Bollywood where thousands of terrible movies were made before the industry began to mature, Nigerian film-making is in its youth.

That there would be a demand for African movies is hardly a surprise. As Kurt Vonnegut put it in one of his books, watching Hollywood movies you'd think that most people on earth were American. 97% aren't and they're hungry for movies they can relate to.

Nollywood also serves social roles. It provides a vehicle for social education on issues like racism, women's rights, HIV and corruption, issues which the authorities often pretend don't exist. Nigerians see themselves on the screen, their problems, their hopes and dreams and the films help draw them together as a people.

Nollywood also gives a much-needed shoot in the arm to an incredibly corrupt country but not following the cinematic business model of the West. Revenue from movies made in Nigeria supports actors, cameramen, directors, production assistants and all the rest but their movies never make it to the big screen. Instead they're released on VCD discs and sold directly in the street. Hawkers weave their way between traffic lanes touting snacks, cigarettes and movies to be watched at home.

Nollywood movies are unlikely to win a Western audience any time in the near future but they don't have to. Nollywood is a home-grown industry meeting home-grown needs and for anyone hoping to understand what's important to Africans today, they could do worse than by checking out a few Nigerian films.