Movies to watch and Not to watch 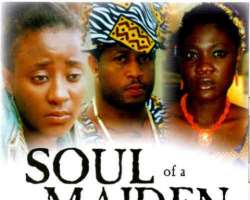 Before I write, I want to put it out there to some readers that no one is forcing you to read my column. I do not know you personally and my articles are not personal attacks on anyone unless I put persons name there. When I explicitly write a name and declare that I am attacking that person, let that person come at me. Please. Some readers come here and begin to brag ignorantly about how intelligent they are and turn to personal attacks. It is immature. I have said it before, I am a harsh critic. Critics are harsh people. If you are going to be under scrutiny and do not want to be criticized, then you are in the wrong business. It's maturity when you take criticism and go back to reform. It only makes you better. I go to a film class everyday where we all get criticized and we also critic. It's not a pleasant place to be, we have had guest filmmakers come in to look at our work and people have been told to get out of the film business. It's a harsh world out there.

On a lighter note, maybe not,
I watched three movies this week. Utter punishment for me I must say. I watched each one for 20 minutes and could not stand it anymore. I had to call it quits.

Behind a Smile.
Nadia Buhari, Majid Micheal and Jim Ikye
The dialogue made me stop watching, it was unrealistic and drawn out. “My life is bitter and blah blah,” for crying out loud. The girl is in a wheel chair, we know she doesn't want to be there. No one wants to be in a wheel chair, why not use the story to show us how bitter she is? Why all this begging the audience, long, over elaborate dialogue? Then Jim Ikye; this dude was wearing some huge sunglasses inside the house. How insecure is he that he has to show us he is able to afford those? Please, if anyone watched it to the end, tell me the story.

Her Excellency
Jackie Appiah, Kalsoum Sinare, Majid Micheal.
I think I am going to cry. Terrible movie!! Stay away from this bad film.

The vice president and her daughter are threatening the life of a young doctor over a piece of landed property. They try multiple times to kill the doctor but fail. Then the vice president's daughter collapses dues to a weak heart and is attended to by the same doctor she is trying to kill. She changes after this episode and becomes a nice kind person who falls in love with the doctor.

Is Kabat Esosan telling us that we are so stupid, that a Vice President of a country will be driving around paying casual visits to people? So he put in this weak heart plot and then leaves it there. Talk about lazy and uncreative writing. All he wanted to do was place Jackie's character and Majids Character in a situation where Majid, who is the doctor, saves Jackie's life. How can a person with a weak heart be able to move around healthy everyday. You know, the weak heart was detected by the Dr. putting his ear to the heart, and making faces. There, I stopped. I didn't watch the entire movie so I will not spoil it. But what on earth is wrong with Jackie Appiah? Her acting was beyond pathetic in this rubbish of a movie. All she did was change clothes. Someone needs to tell this young lady that, she cannot be wearing the same trendy clothes in every movie. And what's with the colors? It was like a rainbow movie. Stay away from this movie. It is beyond bad.

Soul of a Maiden.
It was an ok movie. Predictable though. I loved the costumes. The story was quite interesting. The prince disguises as an old man and tests the kindness of maidens coming from the stream. All except one are kind to him. He is to choose a wife in a maiden dance and though he looks for the kind girl, she is not there because she is an outcast. He chooses an arrogant girl who is not a virgin. I did not finish watching it either but that was because the sound was off. But it was great and I will try to find another copy. It started Mike Ezuronye, Ini Edo and Mercy Johnson.