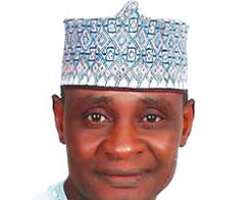 An average crowd of 300 spectators are always in the stands each time a Nigeria Premier League match is played, but the clubs seem to be unconcerned with the zero income from gate-takings. Not that they have other steady means of generating fund to run the clubs, as it is done elsewhere around the world. They only rely solely on state governments, who finance them.

And even though they belong to the public by virtue of their establishment and financing by state governments, there is hardly a public statement on their financial status at the end of each season.

Shooting Stars of Ibadan collect N16m every month from the Oyo State Government for the payment of salary to players, coaching staff, office staff, the board allowances and trips to honour away matches.

But since the beginning of the current season when the allocation from the state had come into effect, the club has not had decent performance.

In fact, they have struggled to survive the top flight. When the Abiola Ajimobi administration came on board in May, there was cash strap for two months and they were the toughest months financially for the club. The club chairman, Jossy Lad, and some of the officials said they survived on borrowed money.

What this indicates is that club like 3SC, founded in the 50s, have no means of sustaining their existence financially. The club has a huge fanbase across the West Coast of Africa, but there is no concrete plan to leverage on the asset. Some of the fans are actually burden on the club because they fight those manning the gate to force their way in on matchday

But 3SC are not the only club that experience financial constraint each time their state government does not bring out money.

Crown of Ogbomoso, another club financed by the Oyo State Government, get the same amount as 3SC but the club could be relegated at the end of the season. A senior club official said they club did not have the kind of fund needed to buy good players.

All the clubs in the Premier League, except Bukola Babes, are owned by various state government and large sums are spent to keep them running.

Despite earning so much from winning the CAF Champions League title twice in 2003 and 2004, Enyimba still depend on money from the state and at a time this season, players complained of the non-payment of match allowances and salaries.

At the beginning of the current season, Niger Tornadoes of Minna proposed to spend N300m and presented the bill to the Niger State House of Assembly. A reliable source in the club said the money was reduced to N160m, but with a few weeks to the end of the season, all the club had got was less than N60m. The burden has been on the players and coaching staff who make daily sacrifice to keep the club going.

Kwara have no specific budget for the season but the club have spent close to 100m to prosecute their programmes so far this season.

Despite the huge money spent on the team, every club in Nigeria owe players and coaches either their signing-on fees, salaries or allowance. Some of them have lodged complaints with the controlling body of the league, but because the clubs conned them into agreeing to work for them without proper contract papers, their cases were dismissed for lack of evidence.

The absence of fans at the league venues can be traced to the emergence of cable TV in Nigeria as the beauty of watching European Leagues on TV took the value away from the local league. Most Nigerian coaches and sports administrators are of the view that cable TV providers have succeeded in capturing the nation's football finances and excellence.

Victor Ikpeba, a former Super Eagles striker, who is now a football pundit, told SATURDAY PUNCH that the lure of Western football was partly responsible for the collapse of the Nigerian league, but blamed insensitivity and failure to respond to an imminent change.

He says, 'It was something that happened over the time. In some way, European football contributed to our football problem because people can now sit down at home at the weekend and watch beautiful football. But we can restructure our league like South Africa did to theirs.

'We do not have the money to do what is necessary for the league to excel. If there is money, we can restructure the league and bring in the fans to the stadium.

'Some of the young players are leaving because they are not offered the kind of money they want. If we have that money, we can hold on to them until they are ripe enough to go abroad. Some of them will not even go abroad if they are well paid, while some will return home like South African Benny McCarthy did.'

Ikpeba blames the owners of Nigerian clubs for the problem, saying players are treated like slaves.

'The management of Nigerian clubs must respect the contracts of these players. What we have realised is that some managements of these clubs treat players like slaves. They do not pay them for several months. There are problems in Dolphins, Sharks and other clubs with players trying to protest.'

Investigations show that some of the clubs merely exist without functional addresses and no secretariat.

Clubs like 3SC and Enyimba have their own secretariats and websites, but others like Crown have no website and a visit to the Bukola Babes website showed no information on the club. Kwara actually have a secretariat at the Ilorin Stadium but work only started on its facelift recently.

While it is normal practice for clubs to make statement on players transfers involving them, even when amount involved is not revealed, Nigerian clubs hardly say anything when their players are transferred to another club. Some transfers are inappropriately done and when amounts involved are released, they are ridiculous sum for promising players.

When Duke Udi and seven other players completed their transfers to clubs in Europe in 1996, 3SC made good money but such decent transfer is missing in Nigerian clubs today. Udi said the players were grateful for the way the deal was handled and that at the end of the first season, they came home to donate jerseys, boots and training equipment to the club. Today, the players don't even know how much is involved in their transfer deals.

A source close to Tornadoes said the club had to rush into the sale of two players to small European clubs when it was faced with financial difficulties, and the money realised could not pay 10 per cent of the debt owed.

In 2007, Kwara United employed Swedish football scout Johan Erikkson, who is the son of former England coach Sven-Goran Eriksson, as coach. During his time, Chukwuma Akabueze was transferred to Odd Grenland in Norway, while Akombo Ukaeyima was sold to GIF Sundsvall in Sweden. Both players were said to have been helped to move abroad by Erikkson, but he soon left Nigeria, claiming threat to his life. A source who was privy to the deals said the Nigerian club did not benefit much from the deals.

He says, 'Much as I respect the fact that clubs engage our youths, I cannot hide my feeling against the way they are being run. We do not have football clubs in Nigeria again. Some of the club officials use the players to make money and look away from their welfare. Many clubs I worked for still owe me millions of naira and they use their influence to suppress my cry for justice.

'Even when the clubs fail, the officials have no dignity, instead of resigning, they fight to remain because of the money coming from state governments for club funding.'

A visit to the national camps of Nigerian teams showed that many home-based players besiege the camp, with the hope of collecting boots, jerseys and money from some of their former colleagues, who play in Europe. A few of them are however wise enough to make contact with foreign clubs through their friends.