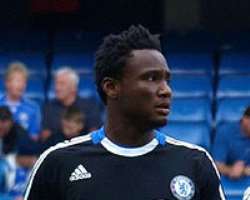 The police has announced that kidnappers who abducted the father of John Obi Mikel contacted his family on Wednesday requesting $130,000 (N20 million) ransom for his release.

Police were contacted on Friday after Mikel's father, Michael, who runs a transport company, failed to return to his home in Jos.

Apev Jacob, the Plateau State Police Public Relations Officer, said they had found his father's car abandoned but did not disclose the location. He also did not give further details on how ransom negotiations were progressing and Mikel's family declined to comment.

Mikel, who plays for English football club, Chelsea, had pleaded for the release of his father.