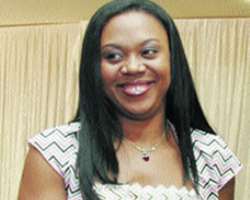 Stella Damasus absence at Richard Mofe Damijo's 50th birthday party held at Household of God Church,Oregun,Ikeja,Lagos on Sunday, July 31,2011 is now the talk of the town.

It's even fueling speculations that the once-upon-a-time close pals may not be enjoying the best of relationships as was the case in the past.

But in a recent chat, Stella debunked the rumour, she said;

“ I have no problem with RMD.I had an engagement that same day. That was Uche Jumbo's Damage movie premiere.

My NGO and the movie are pursuing the same cause”

Stella Damasus' defence, however, hasn't settled the issue as “busy bodies” still insist all is not well with her and the Delta State Commissioner for Culture and Tourism.

They alleged that RMD's wife Jumobi, suspicious of Stella's closeness to RMD, is no longer comfortable with it. Which may be why she shunned his 50th birthday bash.

But some of her friends, who preferred to speak on anonymous note, said nobody can fault her good heart and intentions.

RMD and Stella had been quite close since the latter joined the movie industry. And generously benefiting from all necessary support when she was still in the industry; RMD had always been there for Stella. He was also a pillar of support when she lost her father few years ago (RMD was even at the burial to condole with the Damasus in Asaba,Delta State).

Now, rumour mongers are saying their relationship is cracking following her absence at his 50th birthday bash which attracted almost all his friends and admirers.