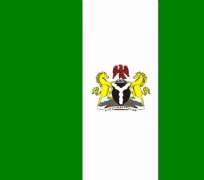 The Federal Government will tomorrow flag-off activities aimed at re-branding Nigeria and make her attractive to the outside world. Part of the activities include stakeholders meeting where Nigerians from all walks of life would be sensitised and urged to come up with a suitable slogan and logo of their choice for the project.

Speaking while playing host to the United States Ambassador to Nigeria, Mrs. Robin Sanders and the Chief Executive Officer of Galaxy Television, Mr. Steve Ojo, Prof Akunyili said that one of the core objectives of the Federal Government was to develop a widespread strategy that would allow the country to re-brand and reposition itself in such a manner as to make it attractive and acceptable.

This effort she stated, is not only aimed at improving Nigeria's image in the international community, but to position her as a good destination for tourism and investment in Sub-Saharan African.

In her remarks, the US Ambassador said that the government of her country was very willing to support the Seven Point Agenda of the federal government as well as render her assistance in the area of capacity building because the United States considers Nigeria as a strategic partner.

She however regretted the misrepresentation of the country by many other nations. "There is a huge disconnect between the image and the people on Nigeria" she said.

In his address, the Executive Chairman of Galaxy Television, Chief Steve Ojo explained that his mission to the Information Ministry was to solicit the government's support in the actualisation of his dream of having a national Television and Radio license that would enable Galaxy Television have a wider reach.

He stated that in its fifteen years of transmission Galaxy Television has mostly concentrated on the production of programmes rich in local contents that would enhance traditional values in Nigeria.

In another development, the Minister disclosed that the Federal Government has decided to improve the use of fibre optic cabling for telecom transmission, because of its strategic importance to information dissemination which is very critical to actualising Mr. President's seven-point agenda.

This assertion was made known by the Minister to the visiting World Bank Director, Mr. Onho Rauhl. The Minister further stated that the Federal Government was set to fast-track the rate of development in Nigeria to enable her realise her goal of becoming a world economy in the year 2020. She therefore solicited the World Bank support in the area of hoisting a vibrant website where information about Nigeria could easily be sourced.

The World Bank Director had earlier told the minister that he was in the ministry to seek broader areas of cooperation between the organisation and the government of Nigeria.

Mr. Rauhl said that the World Bank was ready to assist Nigeria to attain rapid growth and self reliance especially in ICT sector and the entertainment industry.

Mr Rauhl added that all was now set to take Nigerian entertainment industry to a greater height. According to him, "we will support the film school, improve on the quality of sound and lighting of the Nollywood movies to compete favourably with international standard".