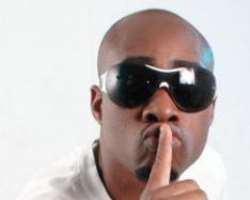 Owen Osamwengie, popularly known as Owen Gee, is a gifted comedian, singer, dancer and actor. He spoke with KAZEEM POPOOLA on his meteoric rise in the comedy business and other matters. Excerpts:

Despite your fame and success, you are very quiet. Why?
I am actually quiet because I believe in allowing my work to speak for me. I have never been used to blowing my achievements because it has never been part of me as a culture, but I can tell you that the last one year has been very busy for me.

Having being in the game for 11 years, what would you say have been your achievements?
I think I am one of the very few comedians, who have been dynamic, and who have covered almost all the spheres of the entertainment industry. This is the reason why I've been referred to as “The crazy comedian”, because you can never tell where my joke is coming from. I can sing, dance, act and crack jokes to make you laugh, and the last 11 years have been a roller coaster. Koffi and I have done “Once upon a Mad Man”, the best comedy stage play and we have had to do it over and over again and people are still asking us to do it. I have also done two movies with Koffi, 'Two Black Birds' and 'Mumu' (the Foolish Foolishness Fool).

I won a few awards in 2004 as the Most Creative Up and Coming Comedian in Nigeria, in 2006, I got the Best Comedian on Radio, and I had a few other awards in 2008 and 2009 that I can't really remember their names right now. I have always gotten one award or the other for my hard work. I have performed thrice at M-Net's popular comedy club and I have done every show that make a comedian in this country like Rhythm Unplugged, Nights of a Thousand Laugh, 'Crazy Comedy', which is my own show, Basketmouth's show, Holly Mallam's “Holy Laughter”, Ali Baba Live and many others.

It seems you and Koffi are very close, how would you explain such a strong bond?
It is the understanding between us. We are just two people who really understand eachother, we have the same brand drive, and we know where we are going to. Like I keep saying that it is always better for two small companies to merge to become a bigger company. You saw what happened when banks merged in Nigeria, they became stronger institutions, so we are two forces who have come together to achieve successes, and it has helped us.

How would you brand your kind of comedy?
It's called crazy comedy. I am not that kind of a comedian, whom people can predict his next line of jokes or what he's going to say next. I have no limitations and restrictions, I can do anything. You can't pinpoint how far I would go to make you laugh, that is why I am called Nigeria's craziest comedian because my comedy would hit you hard.

What makes jokes funny?
I am of the opinion that your personality should be funnier than your jokes. This is because you can run out of jokes but not your personality. Moreover, there are five rules to abide to as a successful entertainer or comedian. The first is to be creative, second is originality; the third is to be intelligent, brand yourself is the fourth and the fifth is to put God in all you do. If you put these five rules together, you will definitely hit success.

How did you come about the name Owen Gee?
Owen is actually my first name and the Gee means God Exceptionally Elevates. That is why you have the 'G' in capital letter and the double 'e'. I believe that only God can elevate man no matter how you try, that is why I have been growing in fame steadily.

Whom did you people take after, your dad or mum?
My dad, he is an entertainer. I will give you a video clip to watch where he performed way back in 2005 at my show. He is a brilliant comedian. My father would make you laugh; it would by my joy to anchor an event with my father. He is a brilliant entertainer, he is alive and I must bring him on one of my shows.

How was your first time on stage?
It was quite difficult because I started out as comedian on TV, that was on MBI's show called 'Circle of Stars'. My first stand-up show was my own, that was back then in school days. I have known how to make people laugh at break time, in hostels and my department in YABATECH decided to stage a comedy show for me called 'Five Minutes with Owen Gee'. I was to speak for 55 minutes but people would not go because they would feel they had only sat down for only five minutes.

How much were you paid for your first show?
I was given a crate of Crush soft drink, also in 2001. I was told before the show that I was going to be paid well but at the end, they gave me a crate of Crush soft drink as payment and when I was going at the end of the show, they added another crate. For like three days in my room, we were drinking Crush and suffered dysentery. It was a wonderful experience.

Has your comic act had a negative effect on you?
Honestly it has, whenever I went to ask for my performance fee from my clients, they always thought I was cracking jokes, they didn't know I was telling them the truth that I needed the money.

What about at home, does your wife take you serious at all?
It's very difficult to make my wife laugh; probably that is why I have gone this far in this business. If you can make my wife laugh, then you are doing a good comedy. She is one of the worst people to try a joke on; you are in trouble because you would not get answers