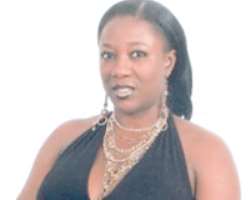 Popular Yoruba actress Folake Shadare Atie has joined the league of actresses who are proud owners of a classic boutique located in the down town.
Known as Flaky World, the actress opened the boutique on Tuesday amidst gaiety. It is located along the ever busy Egbeda-Akwojowo road.

Speaking on why she located her business in the downtown, the tall dark-complexion actress said she wants to start off from somewhere before she can spread to other parts of the city.”

However, allaying the fear that setting up the shop will affect her acting career, Folake who is currently on location said “I engaged the services of two sales girls who will be assisting me in the day to day running of the business.”

Folake's friends and close associates who graced the opening ceremony, including actress Bose Joseph, Josephine Bello, Olufumilayo Ayorinde amongst others commented on her sense of fashion.

“Folake has always been in the mainstream of fashion, even when she came on board as an actress, she came came in with a lot of style.”

A graduate of the Lagos State University where she studied History and International Relations, Folake started acting in 2005 and stayed on the screen for two years before delving into business.