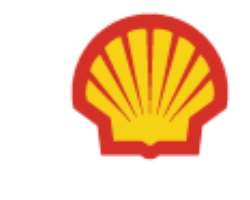 Movement for the Survival of Ogoni People (MOSOP) has called for the revocation of operational licence of Shell Petroleum Development Company (SPDC) in Nigeria, following its involvement in the devastation of Ogoniland, in Rivers State.

Speaking to newsmen in Port Harcourt, MOSOP President, Ledum Mitee, said SPDC had breached the Nigerian Petroleum Act, by failing to clean up the spilled oil within 24 hours of occurrence as enshrined in the law.

Mitee maintained that the oil spills, which Shell was responsible for, had caused severe loss, damage and hardship on Bodo community in Gokana local government area of the State since 1998.

He said that Shell stating it would pay compensation according to Pipeline Act, after it had accepted responsibility for the oil spills, would not be accepted because no amount of money could be compared to the level of loss and damage experienced by the people.

In a related development, a member representing Akuku Toru constituency in the Rivers State House of Assembly, Benibo Alabrabra, had called for quick action to address oil spill that occurred in a community recently.

The lawmaker, while addressing newsmen in Port Harcourt, said the oil spill had already affected aquatic lives in the area.

He emphasised that the spill required urgent mop up because it had spread to neighbouring communities.

Also, the Nigeria Environmental Society, Rivers State chapter, had renewed call for the passage of bill by the National Assembly to stop gas flaring in the Niger Delta region.

Chairman of the society, Dr. Confidence Nwachukwu, hinted that gas flaring had affected ecosystem, which was too hazardous to human health.