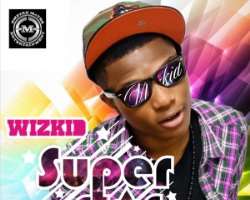 It's a hard fact to tell that most Nigerian Hip-Hop celebrities do engage in grass smoking.

Except for a free figure like Terry G, who cares less of public reactions about his status, and then Timaya, you could be lynched if you showed the guts to say someone like D'Banj, Don Jazzy P-Square and the likes also take the weeds as incentives.

But this is the same group of stars with whom the trendy Hip-Hop act, Wizkid, was spotted some few days ago puffing hard on the wild grass!

An insider revealed to us that, five days before Wizkid embarked on a recent musical tour outside Lagos State, he was at different times in the company of the music stars mentioned at their respective homes where he was allegedly camped, catching his fun with wine, women,and weeds!