Saheed Balogun In Show Of Shame 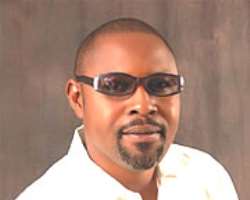 Popular actor, Saheed Balogun created a scene at the Lagos Television (LTV) ground on Sunday when he attacked a journalist, Seyi Odunuga, threatening to deal with him severely.

It took the prompt intervention of people around to save the journalist from Saheed's grip.

Seyi, http://www.nollywoodgists.com gathered, is the Associate Editor of Society Facts, a soft sell magazine based in Ibadan.

According to him, the embattled actor was reacting to a cover story in the magazine's current edition. The story stated that there are indications that the estranged lovers (Saheed and Fathai) may soon reconcile.

But Saheed, who had sworn not to have anything to do with Fathia anymore, found the story not only untrue, but embarrassing.

“When we were working on the story, I approached Saheed for his comment, but he refused. So, I'm surprised that he is now attacking me for publishing the story,” Seyi said.

During the show of shame that lasted for several minutes, the infuriated Saheed said he wondered why anybody would want him to reconcile with Fathia after all the mess he went through.

“I pray that the writer of the story will experience what I went through in his own relationship as well,” Saheed stated.

This will, however, be the second time the light-skinned actor will be attacking a journalist for writing stories on him.

About four years ago, he and his estranged wife, Fathia, with the aid of some touts, had physically attacked the then editor of Alaroye newspaper, Dodo Balogun.

Dodo was attacked for publishing a story, linking Fathia with Saheed's ex-wife