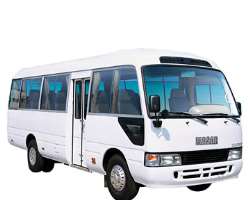 THEY must probably had dreams of plying their trade in lucrative leagues abroad. They even might have dreamt of donning Nigeria's national colours at the biggest global football fiesta, the World Cup, but a gully yesterday put paid to their dreams.

Like candle lights in the wind, 15 footballers of the Jimeta Football Club, Yola, including their coach and another officer, perished yesterday when their bus crashed into a gully at the notorious Hawan Kibo Hill, 50 kilometres outside Jos, the Plateau state capital.

Three footballers and two officials might have survived the mishap, according to reports.

It was gathered that 18 footballers and four officials left Yola on Saturday to Abuja en route Jos to honour a Division One Amateur League Tournament.

They reportedly arrived Jos late in the evening and were caught up by the curfew around Naraguta area of the city, where they were allegedly stopped by security agents and denied passage.

Subsequently, the footballers and their officials were forced to sleep at the spot in Naraguta. The crash occurred early yesterday morning as they resumed their journey to Abuja.

When reporters visited the Jos University Teaching Hospital (JUTH), 12 of the dead had been deposited there while officials of Plateau Football Association (PFA) had gone to the Christian Hospital, Vom, to bring the remaining bodies.

Ex-International, Salisu Nakande, confirmed the development to reporters at the mortuary.

He said the PFA was contacted by officials of the Nigeria Football Association (NFA) in Abuja and he, with another PFA member, Sunday Gambo, were mandated to accompany the remains of the footballers to Yola.

Nakande commended the Chief Medical Director, JUTH, Dr. Ishaya Pam, for his quick response to the tragedy with the provision of vehicles and an ambulance to evacuate the dead and the survivors, who were given prompt attention.

Only last month, nine female footballers and their two coaches were burnt to death in a motor accident in Mangu, Plateau State.

The incident took place while 15 footballers were returning from a match with a local team, when their Peugeot J5 bus collided with a Volkswagen Golf car.

The Peugeot vehicle somersaulted several times and caught fire. Eleven of the occupants died before help could get to them at the scene.

Six of the victims who received serious injuries were first rushed to a nearby hospital before they were eventually taken to JUTH.