The quality of Nollywood & Ghollywood movies 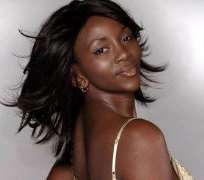 We have discussed here so many times about the quality of the movies in the market today and how good, bad, terrible and ugly it seems to be getting. We have commmented on the quality of the pictures, sound, script, acting, custom, dialog etc. Yes we have improved alot but since some actors and actresses have asked if "hollywood is ready for them" i think our producers and directors should also step up to the plate to make sure the actors also deliver.

Who is to be blame if actors lines are grammatically wrong?

Do these actors read the scripts, make corrections if need be?

Do the producers/directors edit these movies?

I dont have answers to the above question but it baffles me when some A-list actors are seen in certain movies with alot of grammatical errors in their dialogs, weak story lines, microphones hanging out, ( i dont know if they are forced to wear certain dresses or they choose it themselves) and simple mistakes that could have been avoided.Well i dont know how it works and if they are able to make certain changes in the script to make it suit their roles.

If this industry is going to grow, just as some actors and actresses are aiming for hollywood i think all involved should pay more attention and not take us the audience for granted because at the end of the day we are left hanging because the movies are not refundable and we end up lossing our hard earned money on crap.