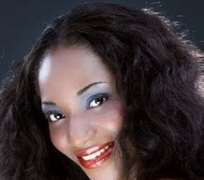 There have been very serious allegations, hanging over the recently concluded Most Beautiful Girl in Nigeria.

It was discovered by those who were observant at the live show that almost all the girls who were shortlisted for this year's competition scored lower than 50 percent in spoken English.

In fact, one of the hottest stories in town right now is that all the 34 girls knew how to do one thing and that was 'murdering of the English Language.

When Guy Murray-Bruce asked her how she feels winning the MBGN, She answered thus;” I feel exciting and happiness.”

The organizers have since dismissed the mistake as normal saying that the new queen was caught by the excitement.

According to them, Sylvia deserved her crown as judgement begins the moment the girls entered the camp. Character in the camp, personality and ability to adapt to grooming they told us, accounted for 70 percent of the score while the judges at the venue only had 30 percent of the mark to dispense.

According to them, it was not possible for the judges to evaluate the 34 girls by merely looking at them from seats in under 2 hours. Again they insisted “the judges were also taking into consideration the emotions of a hired crowd which was not the best criterion to arrive at the choice of a real queen”.

Silverbird our source said, however accept that there was a judgement of error in the emergence of Sylvia because the judges were not informed that their job accounted for only 30 percent of the score; neither was the crowd nor the contestants.

Trouble however started when “Miss Lagos” who had the largest crowd followership emerged “Miss Ecowas” or fourth runner up, and declared that she was cheated.

According to her, she got less than what she expected.

Before then, one of the judges was alleged to have posted on his facebook page, that silverbird crowned the wrong queen from the one they chose.

But outside Silverbird group defending their choice, some of the judges have risen in defense of the new queen. Actress Susan Peters, who was a judge at the event, dismissed the claim that anyone was cheated.

According to her, it was only for those who lost to feel that way.