For the Yoruba actor, he either produces or dies - Dele Odule 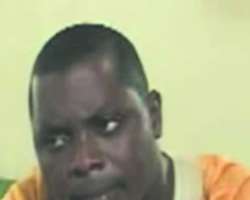 Dele Odule, vice President, Association of Nigerian Theatre Arts Practitioners (ANTP) spoke with Yemisi Adeniran on the challenges of the office so far, his career and why Yoruba actors prefer to produce films rather than mere acting.

How did the joiurney start?
I did not become an actor by accident. As a teenager, I dreamt of becoming an actor and I have realised the dream.

You are the vice president of ANTP, how has working with Jide Kosoko, the president been?

As the president of the association, Jide Kosoko has proved that he is a leader, he has carried all of us along and I respect him for that. Since we assumed office, we have tried moving the association forward.

How fulfilled are you?
I bless God so far, but the sky is just the starting point for me, the day is still bright.

Do you wish to become the president?
Only if there is need for it but I really don't see any need for it and as a matter of fact it is not one of the objectives I set to achieve. Come to think of it, if I achieve a lot during my tenure, I won't be interested in ANTP politics again.

What is that thing that stands you out?
Consistency and continuity in my films. I watch my movies, criticise myself and try to get better. Some people will not bother to watch their movies so as to criticise themselves and improve on their work. If you watch any of my films & criticise it, I don't take any offence, I take it as a means of moving on. I also watch foreign and other people's movies to improve on my skills. So, I guess that is what has kept me going.

What are the trait, that has worked for your career?

I guess the fact that I can act both English and Yoruba plays and again there is no role you give me that I will not act, at least to the very best of my ability.

Is it true that romantic roles go beyond what we see on set?

It depends, for some, it doesn't exceed the set. But you know actors are human beings, they differ in attitude and they are free to take actions that suit them, some of them, when they romance on set, they will start dating themselves in real life. Its all about choice and fun if you like.

It is also believed that movie producers inisst on sleeping with actresses before giving them roles.

I will not defend or speak for anyone, I will only reaffirm that it all boils down to interests and individuals. I am sure you will agree with me that all about men and women issues is not particular to the movie industry alone. It happens everywhere and I am sure ther have not been cases of producers raping actresses. If there is anyone who has been involved in such an affair, I am sure the person must have consented to such advances voluntarily. When a man sees a woman and he approaches her, I still want to believe that it is not a do or die affair, the woman is simply left with the choice of accepting or not accepting. It is not a new or strange thing as long as rape is not involved. Ask other actresses that are famous on the scene today, and they will attribute their success to hard-work and unflinching focus so let no one hide under the cover of laziness or non-professionalism for the problem of non-getting roles. If you are hard-working and professional, you will definitely get roles, I mean good roles for that matter, okay, what about female producers, at least, we have many of them around now, do they also make advances to actors before assigning roles to them and is she going to give roles to every man that acts?

Do you reject scripts at all?
Yes I do. The script has to be good and worthwhile so also with the character, otherwise I will not accept it.

What if the money is good?
If there is any amendment to be made and the director agrees, I will take the offer, other wise the issue of money is not going to count. There is also my image I need to maintain and protect, it is not all the time that somebody like me should consider money.

How was it like crossing over from the stage to home video?

For me, it was not a difficult thing to do, because the kind of training I had was not just stage training but total theatre. My godfather then, the late Hubert Ogunde believed in creating well rounded artistes. We were tutored to know everything about everything. That at the end of the day made it easy, for me to blend. The only challenge I think a stage trained artiste would have crossing over to film is that he knows that the stage is larger than life, everything is played out-the voice level, costumes etc, but in film it is a different ball game.

Do you think of going back to stage?
It is not a matter of going back, I have been doing stage as well I never left the stage. I have done major productions with other artistes on stage and some other productions.

Is it true that you are natured with bad temper?
You see, acting is a job. I will take it as a compliment that I have been able to act convincingly all the roles I've been given, such that people are able to believe they are part of my nature. I am neither hot tempered nor trickish as some of the roles might have presented me. Everybody has their temperament and limits. A good actor must be able to interpret any role given to him or her and act it as if it is real. Until one is able to do that, he or she cannot be called an actor. You can attest to movies where I have acted a cool and patient guy too. Can't you?

Did you marry one of your fans?
No, in fact as at when I met her, I was a nobody in the industry.

Almost all the artistes have become producers. Why the rush?

Frankly speaking, the only way anyone can make it is to produce, because as mere actors, the pay may be as low as N30,000 especially when you speak of Yoruba movies. For the Yoruba actor, it is either he produces or dies, other wise, he will end up receiving stipends.

Are you saying that movies in English actors get better pay?

Exactly, while a Yoruba actor is being offered a stipend of N50,000 his counterpart in English, in quote are given N350,000 or N700,000. I have worked on both sides so I should know what I am saying

Is it that the movies in English actors are better?

Not in any way, I can categorically tell you that Yoruba actors are better and most competent in terms of delivery but because of the complex in fees and all that, the problem has always been there.

How do you intend using your office to address that?

Well, we are working on that, the situation is improving and by His grace you can see that many Yoruba actors are working tooth and nail to assert their existence by making money out of the job. God will lead us and we will all make the industry better at least for the upcoming ones. That is why I keep telling the younger artistes to be focused and hard-working. It is not all that glitter that is gold and nothing good comes easy.