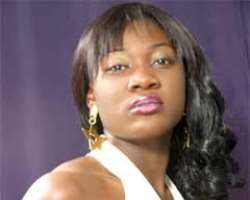 As has become the annual tradition, The Future Awards 2009 Nominees Ball held on Wednesday, the 17th of December was a gathering of who's who amongst young Nigerians from every sector. With nominees like Hassan Rilwan (Business Owner of the Year), Obinna Etele (Best Use of Advocacy), Emmanuel James Odiase (Best Use of Advocacy), Tyeng Gang (On-Air Personality of the Year –Radio) and others coming in from Abuja, Sokoto, Enugu and other parts of Nigeria, there was no doubt that young people have come to regard The Future Awards as the authentic face of the next generation.

The event was kicked off by the host, Kunle Snatcha (of the Rooftop MCS) who quickly introduced Bez Idakula to start off with the National Anthem, and then the guests viewed some shots from the last edition.

The Swe Bar, City Mall venue also saw a string of splendid performances by some most talented Nigerian performers –with soul singers, Et Cetera and Bez on the guitar, comedy from Holly Mallam and Omo Baba, and spoken poetry from a new talent called the Wordsmith. Wrapping it all up was a hair-raising performance of the hit song Ijoba Orun, by Lara George, supported by guitarist Dready.

All 160 nominees were presented their certificates by advertising guru, Tunde Soyinka and Ebuka Obi-Uchendu in an aura that was bubbly, boisterous and inspiring –everywhere you turned there was a brilliant young mind breaking boundaries in one field or the other.

“On an evening like this, you actually get scared!” Emilia Asim-Ita, PR Director for the Awards, remarked."“Because you see the excitement and the passion and the enthusiasm, and not just from any young person, but from some of the brightest and the most accomplished young people Nigeria has produced in the past few years. And you know that if a generation has invested its passion and faith in an idea, you can't afford to slip. So, after tonight, not only will the 4-stage judging process kick off in earnest, but preparations are going to be re-doubled so that on the 18th of January, guests will truly see a glimpse of what Nigeria's future looks like – and will be proud of our country and its youth!”

The event's Creative Director was also on hand to break down the process of selection for the awards. He re-iterated the fact that the Award's credibility and thoroughness in judging process is one of its defining qualities. The guests were reminded that the awards is judged in 4 stages, with a board of judges comprised of young writers drawn from a wide spectrum of media, and an Independent Audit Committee headed by Dr. Reuben Abati, with members including Hafsat Abiola, Dr. Yemi Osindero, Siene Alwell-Brown, Chief Segun Odegbami, Ndidi Nwuneli, Fela Durotoye, Bolanle Austen-Peters, Dapo Olorunyomi, amongst others.

The Nominees Ball was hosted by RedSTRAT Communications in conjunction with rave TV channel, Nigezie; and was supported by Swe Bar, Yvent Kouture, Saheeto, and Nigeria International. On the red carpet were the hippest TV shows including Soundcity, Nigezie, Hip TV, STV Entertainment, Showtime Africa, and Video Wheels.

The organisers will announce details of the Awards event, including the Keynote Speaker, hosts and performers, in the first week of 2009. It would be recalled that the organisers have announced the dates for the event –the 17th of January will be the date of a pre-award national youth conference, whilst The Future Awards proper holds on Sunday, the 18th of January 2009 in Lagos.