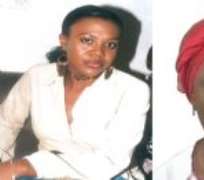 Time to take stock of the acting year. The movies advanced, the actors did all in a wrong direction. That's my personal opinion. As the producers recycled the movies, the actors also bored us to death with the same recycled performances.

Which actress do I give it to this year? INI EDO for where Oceans Touch. The only movie that made any sense to me this entire year.

I will be rating performances for all our actors. Starting with a mixture of a few.

Yvonne Nelson, Tonto Dike and Jackie Appiah
I am putting these together because no actress could be worse than them. Oh yes, they can dress and polish their faces with barrels upon barrels of foundation and advertise freely for Dolce and Gabanna's handbags (the Los Angeles and New York fashion district ones of course. I mean fake ones) Oil their lips with enough vegetable oil from MacDonald's deep fryer and color their eyes like Mother Nature itself.

But act? Not even if their moms are held at gun point will they be able to save their precious lives with acting skills cos they lack it. Seriously. Jackie first of all needs to loose weight. She looks like a tree stump with a fine face. It's ugly. Then she needs some serious acting school. Like very quickly.

Yvonne ,needs to stop reading her lines and making the same faces all the time. Look, I will not even waste my time on that one.

Jackie Appiah,You may think oh Joy shut up, we are popular and make money….Joy says for how long? A serious overhauling is starting to take place, true artistes will emerge and where will you be? And well, since you intend to stay in Ghana and Nigeria only… go ahead… serve them with inferior work.

Nana Ama Mcbrown
Just stay with twi movies and loose weight.
Stella Aboderin.
Got emails asking me why I put Stella as an OK actress? I'll tell you why. She has not got the time to act. She is not serious with her roles. She emanates, she does not become. When she is saying her lines, she lays too much emphasis on the words she thinks are vital. Erm… your audience knows what you are saying is important; you don't need to be making faces and applying too much energy to your pronunciations. That isn't good acting. Stella does not flow and her face making does not do it for me. She has good screen presence and she can become good. But she needs to be more serious. I saw a behind the scenes of a movie she was in and in between takes, she was dancing, when the director called action she immediately positioned herself t deliver a very emotional line. THAT IS WRONG. For the kind of role she was playing, she needed to have stayed in character. See that's what I am talking about. I forget the name of the movie but it was with Fred Amata. He fell and hit his heard and thus became temperamental.

Kate Hensahaw
Why she should stick to comedies? Because she acts like she is on stage. TOO MUCH. She's either too relaxed or too stiff. No in between unless she is playing a role like inheritance or sweeter than pain or something which were clearly goofy, over the top movies and needed such characters.

Let's see, who else is on my hit list?
Chioma Chukwuka
She is good. BUT, she has made some bad choices in movie roles. A good bunch of her work last year was not serious movies at all. Chioma, you are slated to star beside Laurence Fishburne in a paramount Studios movie, directed by one of America's greatest directors, announced in so many filmmaker news letters, you need to put in some class. You need to be selective. I hear your role in that movie is a very big role, you have many scenes with Laurence Fishburne and Kimberly Elise. Be careful how you step. Any movie of yours they pick up must be GREAT, not just good. And please, loose weight. I know it's baby fat but get it off quickly and no more kids!!! For an actress, two is good.

Rita Dominic
You are aging. Stop with the chemicals very quickly my dear. Age is fast catching up with you. Tone down the fashion in the movies and try something different. Stop attaching so much importance to your lines and RELAX.

Uche Jombo
Fashion freak. Funny mouth mistress. What is wrong with your mouth? Why do you keep screaming and behaving like a kid? How old are you? That thing you do with your mouth is very irritating. Thank you.