IS 3-D SMART TV THE NEXT NEW TREND?… AS LG LAUNCHES 3D, SPECS 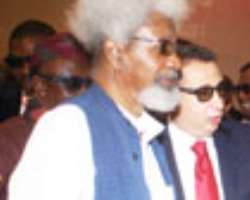 By Princewill Ekwujuru
Before now, Television viewership was conventional, but today, Television viewing is taking a new  dimension, as the new trend introduced by Life's Good (LG) in its three dimensional, (3D) Cinema Smart TV is anything to go by, then, the smart TV market is in for a tougher competition.

However, the employment of  the services of British fashion designer Giles Deacon to bring a new look to the 3D specs required for LG's 3D smart TV is presently prompting the question. Is 3D smart TV the next big trend?

The new life style smart specs will extend away from the living room, making 3D specs the new gimmick for the consumers. With this innovation, television and movie companies will be going all out to compete in a market for the ever-growing 3D fad.

Instrumental to the latest TV experience, LG is pushing for an affordable 3D cinema in homes, opting for passive methods rather than active 3D. Giles for LG are those passive 3D glasses, the type one would be strapping on to watch the latest blockbuster at the cinema.

Nonetheless, with the 3D TV, 3D films will be enjoyed at homes as it had prominently featured in the 1950s in American cinemas, and as was later experienced in worldwide resurgence during the 1980s and '90s driven by IMAX high-end theaters and Disney themed-venues.

However, 3D films became more successful throughout the 2000s, culminating in the unprecedented success of 3D presentations of Avatar in December 2009 and January 2010.

Speaking, Mr. Jeayoung Lee, Managing Director, LG Electronics, West Africa Operations, at the unveiling of the Smart TV, said, he hoped that the launch of the 3D TV would not only enhance the growth of the entertainment industry in Nigeria, but go a long way in revamping the cinema culture of Nigerians in their homes.

While making reference to the benefit of the LG 3D TV technology which relies on polarized glasses, Lee said there is a growing battle between  producers of 3D display technologies that rely on shutter-glass displays against those that offer Film Patterned Retarder (FPR).

On Wole Soyinka's part, who was the Guest of honour at the unveiling ceremony, said that the uniqueness of the product  can only be described  as a scientific miracle that he will not hesitate to say is a celebration of creativity, innovation and a high level of commitment to making only the best and most suitable home appliances available to the consumers. 'This is no doubt charting a new direction for home entertainment in Nigeria and the world as a whole.'