I Don't Jump At Every Offer From Women -Kelly Hansome 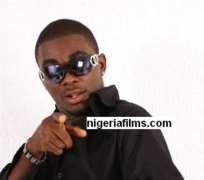 Handsome Kelechi Obinna Orji became a subject of discussion in the entertainment industry after he signed a recording deal with Kennis Music and subsequently released a hit single entitled 'Maga Don Pay.'

In this interview with Gbenga Bada, the Eziobodo, Owerri, Imo State indigene bares his mind on several issues ranging from the misconception that he might be involved in Internet fraud to his take on women and obsessed female fans.

'Maga Don Pay' has become the subject of criticism from several angles because of the lyrics, which allegedly glorify Internet fraud. How do you feel about this?

Well, I don't know why people don't get to see the other side of things. You see, MAGA means Money And God Always. So, I'm not promoting Internet fraud, rather, I'm trying to tell people, who involve in the act that it is just for a period of time and not forever. I'm not glorifying Internet fraud; the lyrics of the song are just the normal things everybody says consciously or unconsciously. I understand the criticism but it should be viewed from another perspective.

There are insinuations that you are or have been involved in the Internet fraud at one point, how true is this?

I'm not a fraudster and I don't even know how to go about Internet transactions let alone involve in fraud. I'm not the computer kind of person. I am used to playing games a whole lot, I think the one major thing I do with the computer is make beats and do my productions without hassles. The fraudsters make the money but how do we stop them from engaging in fraud? I have been working on the gospel version for a while now, and try to change their focus from thinking magas are fools but MAGA means Money And God Always. When you have money and you have God, you have everything. I'm not a 'Yahoo boy' who dupes people to collect paltry sum from supposed fools but who never uses the money for something tangible. If you are a dude that has clean Money And God Always, then you are no doubt a MAGA.

What were you doing while you were in the United States?

I was doing production work in the studio and other music businesses. I was even planning to enroll in an academy when I told myself, 'why don't I just do this thing once and for all.' That was when Kennis Music came into the picture and that was it.

Aside music, what other things do you do?
I do business and I don't want to talk about it because if I do, people might just tap from my knowledge and take advantage of my talking about it.

Many people would like to know what business you do?

Well, I do music business and this includes productions for artistes. I'm working with several artistes.

Were you born in the United State of America?
I was born in Nigeria, grew up in Nigeria before I travelled to the U.S.A. My family lives there, so, I travel often. In fact, I just returned from a trip to the states. But I have been doing music in Nigeria before I left because I was always going and coming.

Why the choice of Kennis Music as your record label?

It's simply because they are the best and at that time, they had all the exposure I wanted for my musical career. I had studied some other record labels and found Kennis to be the one that could make me achieve my desired aim in the music industry home and abroad.

Now between production and singing, which did you start first?

Production came first. I used to be a chorister. I taught other choir members how to play musical instruments. At a point I could play virtually all the musical instruments including the drum sets. But at every point in time, I had always wanted to sing and I found out I was teaching many people how to go about their songs. So, I just felt if I can teach other people to attain what they want then, I can certainly do it. I tried my hands on it and I have never regretted doing so. I was always playing Michael Jackson and Madonna's songs and I was always singing in the church and everywhere and later I started going into the studio and that was it.

So, which do you enjoy most?
I enjoy doing both a lot, but you know production is something I've been doing for quite a while. I think I can do it even with my eyes closed. I think I'm in tune with both but my love for production is unquenchable and that's why I produced all my songs with the aid of my crew. Singing also comes from within my heart.

Having a musical background in the gospel world, how has it affected your commercial songs, especially 'Maga Don Pay'?

Well, the truth is people would say must you sing like the others do? But I've got to make money as much as make a difference in the music industry and make my impact felt. I believe so much in dialogue and the only way to get to the people you are passing your message across to is to do so it in their own manner and approach so that you can get the desired result. My songs are those that I can perform at an occasion organised by the UN (United Nations) or AU (African Union) or any world organisation. So, I think it has not affected it negatively in any form but I know that I have other tracks that are commercial and at the same time gospel.

How well would you say your debut album has impacted on your life and person?

It has helped and impacted so much in my life. For instance, I have got the space to represent my crew and Africa as a whole without hassles. It has given me what I wanted and the platform Kennis Music which I used has been wonderful. I thank God a great deal for all this. It has also helped me meet people and know that some people have a lot and they don't even act it. Such humility is found in my boss, Kenny Ogungbe. So, you can never know how much I have. Aside that, I think I have what makes me comfortable.

How sure are you of surpassing the feat you have been able to achieve with your debut album?

Surpassing it? That isn't a problem because I knew it wasn't a problem before I put in all my energy to do the hit track. I am up to the task and all you need do is wait for my next album and you'd be see that this is just the beginning.

What is your relationship with music producer and singer, Terry G?

Terry G is a friend that I knew through another friend of mine. Then I was doing some productions for Blackface and his partner in FESTAC. We are just friends and we had a normal friendship. He's a friend.

But there were insinuations at a point that you two were at loggerheads over swaggers and song samples, what really is the situation of things?

Well, I'm not at loggerheads with anybody and I don't know where the gist is coming from, but I think this all stemmed from the 'Free Me' thing. When I met Terry G, I heard the 'Free Me' swagger and everybody was using it and nobody had a problem with it. Even when I recorded my song and used the swagger, nobody still had a problem but immediately the song blew up, I called my guy from America and he sounded cold. Ordinarily, I shouldn't have anything to do with Terry G, you know but we met and we became friends. He said he wasn't happy that I stole his swagger and I told him that if you think I stole your swagger, I would never use it again because I also have swagger. I never knew it was that serious until we met in Abuja and I left my crew and convoy just to chat my guy up and immediately I came back from America, I decided to drop all the Nigerian swagger and started using a new swagger.

Anyway, it's all good and I didn't use the swagger because I wanted it to be my own.

What has changed about you since you attained stardom?

Nothing has really changed about me aside my diction, which changes whenever I speak and that is because of my stay in the U.S.A. Some Nigerians think I'm 'forming' like they would say but I speak my pidgin whenever I need to and I'm just myself.

What about the female fans?
The female fans make a large percentage of your fan base and I love them for all they are doing because without them you have got nothing.

What is the most embarrassing thing a female fan has ever done to you?

Most embarrassing? I don't want to talk about it. You see I just came back from Calabar for a concert and a lot of things happened and it's normal.

But what do you do when they push themselves at you?

I don't jump at every offer from women because they are very dangerous. That's the way I see it because they could make or mar you. But I choose my friends even the female ones. It's a very sensitive side because if you are too harsh, you lose fans and if you are too close you get your hands burnt. So, you just have to be diplomatic about it and use your sense.

Have you completed you education
No, I have not. I intend enrolling in some schools in America and an Open University where I can get my degree online as a result of my tight schedule.