Tonto and Vincent Opurum: Getting close to each other 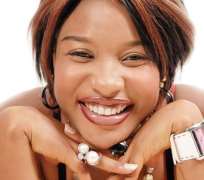 It is no longer news that the controversial actress Tonto Dike was accused of indulging in a 'hide and seek game' with the wonder boy, Whizkid, a relationship which has rocked the airwaves for many months now.

Rather what is news is the fact that Tonto is currently enmeshed in a fresh romance with another household name in the movie industry. He is Vincent Opurum.

According to our source, the screen diva was spotted in a close range with the handsome Nollywood dude somewhere in Festac while on location. Their closeness as it is obvious they are getting on well lately.

It was also concluded that the range at which the duo were spotted was beyond what the mouth could explain, noting that it was only lovers that can be in such close tango which was more than a business relationship.

All efforts to reach Tonto to react to this development proved abortive as her GSM lines were all switched off, probably due to her busy schedule on set. The young lady who hit stardom in 2005, haven participated in the popular TV reality show, the Next Movie Star.

She has not stopped proving her mettle to her fans as well as representing the industry she belongs. With the passion in her and the way she goes about her business, it's obvious that all the allegations about her doesn't really pull a flesh off her.

But speaking with Vincent on the issue, he declares “ as an actor I am a business man considering the fact that I'm paid to do this job. I will do everything possible to bring out the best in me and to make my fans happy.' He also said that as long as the Nollywood exists and as long as they are still in the business, many people will continue to wag tongues about him which he doesn't see as a problem. Rather as an indication that he is being recognized in the industry.

No one is saying it's an official romance yet, but Tonto and Vincent are getting on well. Judging from the manner in which they have decided to go about their relationship as well as their careers, anyone is bound to believe that truly something is binding them together.