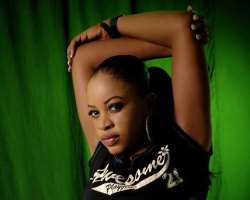 It was a show of shame at (THE PLACE) event centre Ikeja, G.R.A on Saturday, June, 4 as two of Naija fast rising act Harry Song and Ego
who were billed to perform together at the venue engaged in war of words. If not for the timely intervention of some of their colleagues and guests present at the show, it would have resulted into physical combat.

Thus, their performance at the show was consequently cancelled.

Harrysong and Ego, who were good friends before the incident and were even once rumoured to be dating have since settled. Ego told friends that Harrysong called to apologize to her.