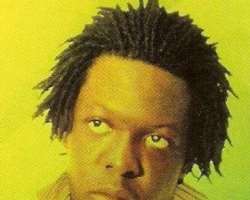 The man who calls himself the Egeri Papa I of Bayelsa is out with his second album. Timaya, whose first album, True Story tore its way up the music charts told Daily Independent about his sophomore album in an earlier interview, months back. Looking at the CD, which the Dem Mama Soldier titled Gift and Grace, it is quite obvious that musician has stepped up big time. The packaging of this album is far better than that of True Story. With 13 songs produced by K-Solo, Jeggs, Akeem D' Beat and Terry G, Timaya's new album sounds a great deal like his first CD. But the seeming similarity between the Dem Mama Soldier's albums wouldn't be a problem with fans, who love this dude's kind of music. We only hope that Timaya's who is fast becoming Nigeria's own Akon, the man who by mere featuring him on your song, you have a hit, will enjoy success with the Gift and Grace.